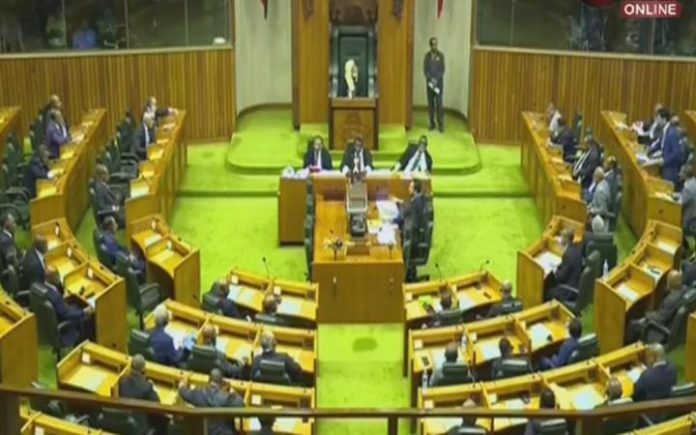 The plan to have five regional seats reserved for women beginning in the general election this year has been shelved, a senior Papua New Guinea government official told a parliamentary committee last week.

Ivan Pomaleu, the secretary to the Department of Prime Minister and National Executive Council, told the committee looking into gender-based violence, that Cabinet on 15 December last year directed some State agencies to deliberate on the matter.

“The directive was that we engage with party leaders (to get) their views, which we did towards the end of July,” he said.

“(But) only two political parties gave their views; the others didn’t.”

Pomaleu said in terms of timing, “we could potentially work on getting the changes in the next parliament – (but) certainly not in this parliament”.

The committee told him to consider what could still be done before the general election in June.

They wanted efforts made to complete the laws reform to create the five reserved seats for women before June.

Committee chairman and Alotau MP Charles Abel said: “We still have the hope.”

“We want everyone to come through the mandated electoral process.

“However, we have been repeating (the) glaring issue that PNG is one of three countries in the world that does not have women in parliament.”

In November 2019, Prime Minister James Marape said there would be no reserved seats for women.

But when questioned last November by East Sepik Governor Allan Bird on the reserved seats for women, he said: “We made commitment for these measures to be brought into Parliament.

“But let me reserve my right to respond to the question in this meeting of Parliament.

“I will get the latest update report on what the Government has done in respect to women (seats).”

One of the seven women MPs, Dame Josephine Abaijah, who was the first woman MP, last night told The National that she was against the plan, saying elections should be a level playing field.

“Women must stand against men (in elections),” she said.

“These reserved seats are just downgrading women, making us second-class in Parliament. Why should we (women) be different?

“This is politics; in politics, the people decide, not Parliament.”

Dame Josephine urged women to contest one of the 111 seats available.

“I will support any woman that stands in the election in any seat, in any electorate; I stand for women.”

Registrar of Political Parties Dr Alphonse Gelu told the committee that they had urged political parties to get women to contest the 2022 national election.

“If we can create 10 more normal seats, why can’t we create five for women?” he said.

Only seven women so far had become MPs.

10 percent for Women MPs is discriminatory says Samoa Minister of...