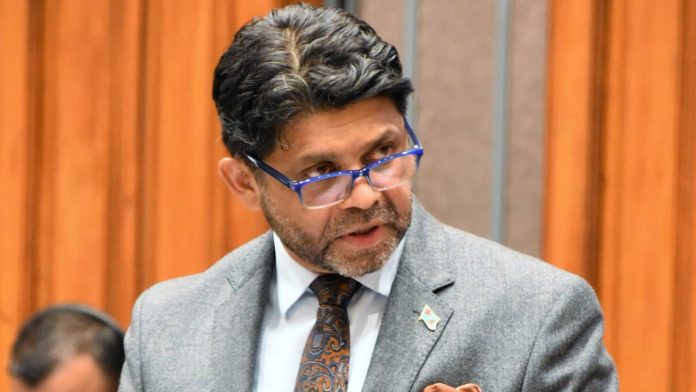 In preparation for the 2022 General Election, the Fijian Elections Office has recommended changes to the Electoral Act to reflect practical ways of implementing existing provisions of the Act.

These amendments are also supported by the Electoral Commission for the conduct of free and fair elections.

Sayed-Khaiyum said given the 2022 General Election will take place once Parliament is dissolved, it is necessary that such amendments are made expeditiously to avoid any potential procedural conflicts under the Act.

“The introduction of the amendments earlier in the cycle in relation to the campaign period, in the application of campaign laws as brought about requirements for the Fijian Elections Office to have the powers to obtain information necessary to determine issues in campaign complaints prior to FEO determining whether or not a law has been breached and exercising his powers pursuant to section 18 of the Act.”

Sayed-Khaiyum said it is also an internationally recognised best practice to review and reform laws following the conduction of elections.

He said Clause 3 of the Bill amends section 6 of the Act to provide for the powers of the Supervisor of Elections (‘SoE’) necessary to carry out his or her functions under the Act, including the power to direct a person, by notice in writing, to furnish any relevant information or document.

“Without this specific power, the SoE is unable to make enquiries to obtain information necessary. Such powers are also extremely important to allow the SoE to conduct enquiries into allegations of breaches of campaign provisions.”

Sayed-Khaiyum said therefore for this exercise, it is necessary that the SoE has the power to obtain relevant information or documentation.

However, the proposed amendment to this section of the Bill was opposed by National Federation Party Leader, Professor Biman Prasad.

The Electoral Commission has already approved, through a publicly conducted draw, that the first number on the ballot paper will be 173.

In applying the provisions of the Act, the FEO assigns the numbers in series from 173 until all the candidates have been assigned numbers.

There is a likelihood that the series will repeat the numbers from the 2018 general election.

If such repetition occurs and section 36(7) of the Act is not removed, the validity of the entire election is at stake.

Meanwhile, the Fijian Elections Office has refuted the claim made by National Federation Party Leader Professor Biman Prasad that its complaint is not being actioned.

Prasad in parliament this morning claims that the Supervisor of Elections, Mohammed Saneem mainly responds to the complaints raised by the Minister for Elections, Aiyaz Sayed-Khaiyum.

In response, Saneem clarified that NFP has not made any complaints to FEO since the campaign period commenced on 26 April, 2022.

Saneem said that any claims and allegations by the NFP leader are not only unsubstantiated, but false.

The Supervisor of Elections says the FEO received one complaint from the NFP on 21 March this year, however, it lacked any legal basis and hence it could not be actioned.

Saneem said the same was explained to the NFP by the FEO’s letter dated 28 March 2022.

He said that NFP did not dispute the decision and did not appeal the SoE’s decision either.