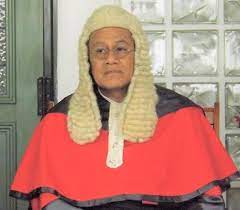 The Supreme Court has overruled a declaration by the Samoa Head of State voiding last month’s elections as having no legal authority.

The court has reinstated the results from April’s election and ordered Parliament to convene within 45 days from the 09 April polling day.

2. “The writ issued under s.52 of the Electoral Act 2016, dated is not issued under any legal authority and is ‘accordingly void;

3. “The declarations made above mean that the result of the April 2021 General Election and the relevant writs associated to the results continue to be valid and lawful;

4. “The Head of State’s attention is directed to the requirements of the Art 52 and the Head of States obligation under the Constitution to call a meeting of the Legislative Assembly within 45 days of the holding of a General Election.”

The decision nullifies a decision taken by the Head of State, Tuimalealiifano Sualauvi Vaaletoa II, earlier this month for fresh elections be held on 21 May.

“The decision by the Supreme Court declares that the Head of State has no legal authority to declare another election. The Warrants on 12 and 16 April 2021 of MPs who won in first election thus still stands”

The constitutional challenge was filed by the Faatuatua ile Atua Samoa ua Tasi and others against the Office of the Electoral Commissioner and the Attorney General arguing the fresh election call is unlawful.

After notifying both parties of his decision, the Head of State stated his reasons for holding a fresh election included public disquiet and division and a claim that no party could command a majority in Parliament.

FAST disputed that the Head of State had the constitutional authority to overrule the results of a democratic election.

Monday’s ruling, delivered after the court had earlier overruled another decision to expand the Parliament and add a sixth woman MP aligned to the HRPP which would have erased FAST’s 26-25 political lead.