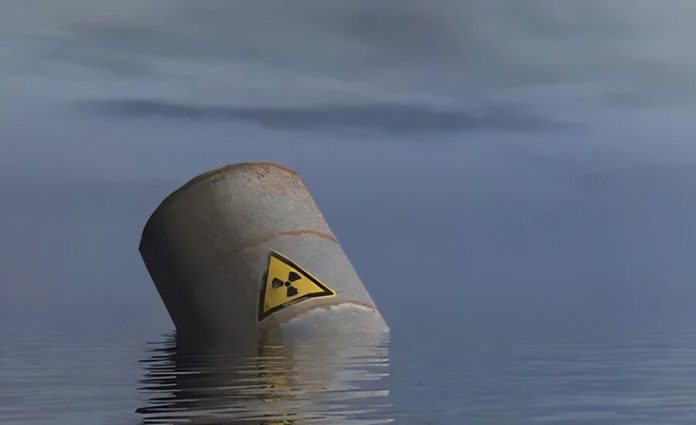 Civil society groups, non-governmental organizations and movements in the Pacific are reiterating the call that the Pacific Ocean is not a radioactive dumpsite for the Government of Japan.

This call comes after Japan’s recent announcement on the progression of the construction of facilities needed for a planned release of Advanced Liquid Processing System (ALPS) treated radioactive wastewater into the Pacific Ocean come 2023.

Despite numerous calls by environmental groups, NGOs and anti-nuclear movements in Japan and the Pacific, the Fumio Kishida Government has ignored concerns and has progressed with plans.

Youngsolwara Pacific argues that Japan’s plans to proceed with the construction of facilities for its planned dumping of radioactive wastewater into the Pacific Ocean demonstrates the level of ignorance and carelessness of the Japanese government and is a breach of Pacific peoples fundamental rights to a clean and healthy and sustainable environment.

On the 8th of October 2021, the UN Human Rights Council adopted resolution 88/13 recognizing that a clean, healthy and sustainable environment is a human right. Since then more than 150 countries have recognized this new right.

“It would be both premature and unconscionable for the government of Japan to proceed with its plans of construction, without proper consultation with, and consent from, governments and people in the wider Pacific,” said Luisa Tuilau of Youngsolwara Pacific. The ocean remains our life source and such an action would violate this life source.

Since Japan announced its plans in April 2021, Pacific leaders and civil society groups across the region and globally have expressed serious reservations, with many calling on Japan to look into other options for disposing of the radioactive waste, including storing it on land until appropriate technology can be developed to safely dispose of the radioactive waste, rather than discharging it into the Pacific Ocean.

Despite the publicly expressed concerns, the construction of facilities needed for a planned release of radioactive wastewater into the Pacific Ocean from the damaged Fukushima nuclear power plant began on the 4th of August 2022. According to the plant operator, Tokyo Electric Power Company Holdings, construction of a pipeline to transport the wastewater from hillside storage tanks to a coastal facility and the digging of an undersea tunnel have commenced.

“Japan’s internal process of approval for this construction needs to consult the Pacific, as it threatens the livelihood of Pacific peoples and the environment we depend heavily on. This is all happening in the context of massive loss and damage from the climate emergency, that is also not of our making,” said Noelene Nabulivou of DIVA for Equality.

“The impacts of the nuclear testing legacy in the Pacific continues to affect our islands and people, and we cannot afford another scenario such as Fukushima’s dumping plan. Scientists are already warning that the impact of long-term, low-dose exposure to not only tritium but also other isotopes on the environment and humans is still unknown and that release of the wastewater is premature,” said President of the Marshall Islands Students Association, Bedi Racule.

Secretary General of the Pacific Conference of Churches, Rev. James Bhagwan said the health of our ocean and planet has declined due to human stressors, and “we cannot allow another manmade disaster such as Fukushima’s planned nuclear waste disposal to impact the fragile state of our Pacific Ocean.”

The collective of Pacific NGOs and movements are also seeking clarity from the Pacific Ocean Commissioner, Henry Puna, and the Pacific panel of Independent global experts on Nuclear Issues, on the outcome of numerous meetings with Japan and the International Atomic Energy Agency.