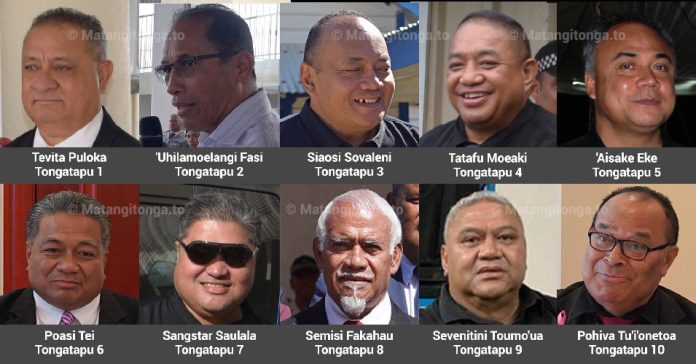 Surprises were the order of the day as the 17 Peoples’ Representatives for the new Tonga parliamentary session were announced last night.

Tonga has elected an all-male parliament, with nine new faces making up the 17 People’s Representative seats. No women were elected.

This follows voting around the Kingdom Thursday.

The end of the Pohiva era in the Tongatapu 1 constituency was confirmed as incumbent Siaosi Pohiva lost his seat to Tevita Puloka.

Pohiva took over the seat when he narrowly won in a by-election in 2019, following the death of his father the late Samiuela Pohiva.

Semisi Sika, the late Pohiva’s deputy, was another surprise loser when he was defeated by newcomer Dr Pingi Fasi for the Tongatapu 4 constituency.

Yet again in another major surprise another Democratic Party stalwart and son in law to the late Pohiva, Mateni Tapueluelu also lost his Tongatapu 4 seat to newcomer Tatafu Moeaki.

Vuki said the turnout at the polls was 62%.

How many votes each MP won: