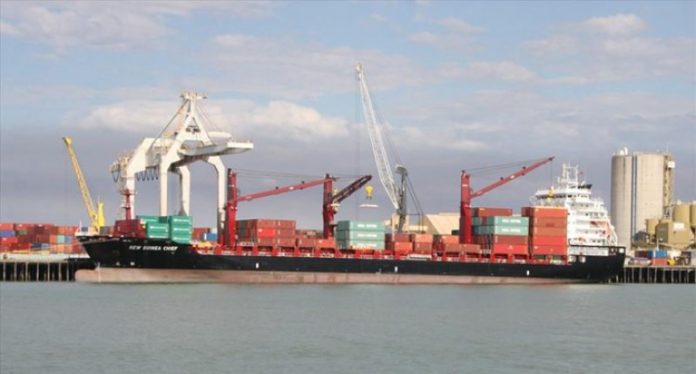 The Marshall Islands, Kiribati, and the Solomon Islands have submitted an ambitious new proposal to the International Maritime Organisation (IMO), the United Nations specialist agency responsible for regulating international shipping, urging all its 174 member states to support their bid to decarbonise the shipping sector by 2050.

The Pacific island nations want their proposal, ‘Resolution on zero emissions no later than 2050′, to be considered and adopted at the IMO’s Maritime Environment Protection Committee’s (MEPC) 77th session scheduled to convene in November.

The resolution to zero is in direct response to the findings of the Sixth Assessment Report of the UN Intergovernmental Panel on Climate Change released last month, which emphasises that in order for the Paris Agreement goals to realise and to keep global temperature rise under 1.5 degrees Celsius, all emissions must peak now and a zero-greenhouse gas (GHG) emission level must be achieved for all sectors by at least 2050.

Failure to urgently phase out GHG emissions will result in catastrophic extreme weather events and sea level rise which would be disastrous for climate vulnerable small island developing states (SIDS), like those in the Pacific.

Marshall Islands Ambassador to Fiji and the Pacific Islands, Albon Ishoda, said the IPCC report is a stark reminder that all global sectors need to accelerate their transition to low carbon emissions.

“International shipping should take lead in this transition by committing to 100 percent emissions reductions by 2050 and a mandatory GHG levy can and should provide the necessary incentive to drive this transition. The Marshall Islands, along with other SIDS and the least developed countries will suffer irreversible damages if we cannot do better than business as usual. Our nations may be the first to go, but they won’t be the last,” Ambassador Ishoda said.

The shipping sector accounts for about three percent of global GHG emissions annually. The industry would be the sixth largest polluter in the world if it was a sovereign nation.

Alarmingly, the modelling shows that if international shipping continues on its existing course, under the measures already agreed at IMO, it could contribute up to 10 percent of all global emissions by 2050. Under its current emissions reductions strategy, the shipping sector is significantly off the mark to make a meaningful contribution towards global efforts to reduce emissions to limit global temperature increase to 1.5 degrees. This lack of progress by the shipping sector leaves it under an intensifying spotlight in the lead up to the critical UN Climate Change Conference in Glasgow in November.

Solomon Islands Deputy Secretary for the Ministry of Infrastructure Development, Jimmy Nuake, believes the IMO has a responsibility to take decisive action to decarbonise the industry. “Solomon Islands is pushing for rapid action in the IMO, and we hope that the latest sobering reports will be taken seriously by those who have been hesitating,” Nuake said.

Tonga’s High Commissioner to the United Kingdom, Titilupe Fanetupouvava’u Tuita Tu’ivakano, has also thrown the islands’ support behind the resolution to zero.

“The message is clear, any chance of 1.5 degrees demands that all sectors must peak now and reduce to zero by 2050. Given this, Tonga would be highly supportive of COP26 playing a clear spotlight on the shipping sector and highlighting the progressive work of industry and high ambition IMO member states to drive the speed of transition,” High Commissioner Tu’ivakano said.

Earlier this year, the Marshall Islands and the Solomon Islands jointly submitted a landmark proposal to the IMO to establish a GHG levy on emissions from the international shipping industry and impose shipping companies a US$100 levy for every tonne of CO2 their vessels emit, starting from 2025. Discussion on this game changing proposal is also ongoing and is expected to be a point of intense debate in the next meetings of IMO leading up to MEPC77 and Glasgow.