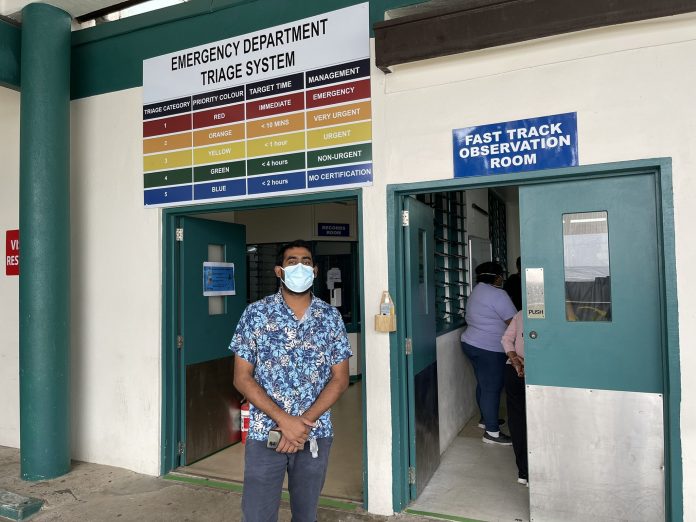 Fiji has recorded 255 new cases of COVID-19 and six deaths reported Wednesday, increasing the total number of cases to 44,675 and 457 deaths since the outbreak in April.

He said 15 more individuals have tested positive for COVID-19 in Vunabaka, Malolo Island.

“Early investigations have determined that more than 20 people had recently engaged in unauthorised travel from Viti Levu to Malolo Island.

“There are now 17 active cases on Malolo Island, including the two announced Tuesday, with more expected.

“A medical team from Lautoka have travelled to Malolo Island to assist the onsite medical team with the necessary response, including isolation of cases, contact tracing, and quarantine of contacts,” said Dr Fong.

He said there have been 53 new recoveries reported since the last update, which means that there are now 19,107 active cases.

“We also have recorded 271 COVID-19 positive patients who died from the serious medical conditions that they had before they contracted COVID-19; these are not classified as COVID-19 deaths,” said Dr Fong.

He said there are currently 242 COVID-19 patients admitted to hospitals in Fiji.

“44 patients are considered to be in severe condition, and eight are in critical condition,” Dr Fong said.

He said as of 24 August mobile screening teams screened a total of 2336 individuals and swabbed 98.

“This brings our cumulative total to 804,198 individuals screened and 71,039 swabbed by our mobile teams.

“This means that 93.3 percent of the target population have received at least one dose and 41.9 percent are now fully vaccinated nationwide,” said Dr Fong.