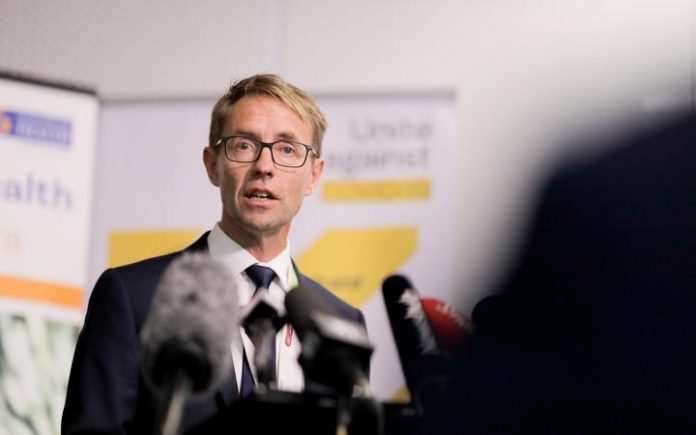 Ashley Bloomfield says the New Zealand Ministry of Health did not heavy Auckland clinicians into changing their minds and accepting a UN official with Covid-19 from Fiji.

But the director general of health couldn’t say what new information had informed the clinicians’ decision to do a U-turn and accept the patient.

The infected worker was flown to Auckland for hospital treatment last week despite an initial decision by the ministry to decline the transfer.

Bloomfield told Parliament’s health select committee this morning that it was the DHB clinicians that made their own call.

“At no point in time did we override the clinical decision-making … It was apparent on further conversation, including with the leaders of all three ICUs, that there was capacity.”

He said there were concerns from clinicians not so much about capacity at the time, but whether it could be impacted in coming days by any resurgence in Respiratory Syncytial Virus (RSV).

But the change of heart was not because they subsequently thought an RSV resurgence was less likely, he said.

“So what was the new information they had?” ACT leader David Seymour asked.

Bloomfield said he was not a party to all conversations between ministry officials and clinicians.

He had talked to one senior clinical leader in Auckland.

“At the end of the day, he said they could find capacity to accept the patient.”

National Party Covid-19 response spokesman Chris Bishop found this explanation for a change of heart within 24 to 36 hours unsatisfactory.

“It doesn’t pass the sniff test. Your chief medical officer talked to them, then they decided they did have capacity.

“Something’s gone on and we want to know what happened.”

Foreign Affairs Minister Nanaia Mahuta said that she had spoken to Helen Clark, former Prime Minister and former head of the UN Development Programme, about the UN patient.

But Mahuta insists the conversation didn’t influence the decision.

Bloomfield said health officials would have spoken to officials from the Ministry of Foreign Affairs and Trade, but he had not been involved in those discussions.

Bishop also revealed that 44 per cent of port workers are still yet to get a single vaccine dose, despite the Government making it mandatory for frontline port workers by the end of September.

The announcement of that deadline has not seen any significant uptake in vaccination rates among port workers, Covid-19 Response Minister Chris Hipkins told the committee.

“There does appear to be a disproportionate uptake of misinformation that is increasing hesitancy in that workforce.

“That is something I’m very concerned about.”

Bishop also revealed that Asia Pacific Healthcare Group, which has the Ministry of Health contract for saliva testing, has only done 15 saliva tests in the four weeks to 19 July.

Hipkins said the ministry was still on track to expand saliva testing by mid-August.

He said the Government was yet to finalise any purchases of the Pfizer vaccine for 2022, even though several developed nations had already done so.

Doses for 2022 will still be able to be ordered “in a timely manner”, Hipkins added.

Bloomfield said one of the discussions was about whether it would be better to order the current vaccine, or to wait and see if there might be a more evolved one that is more effective against Covid-19 variants.