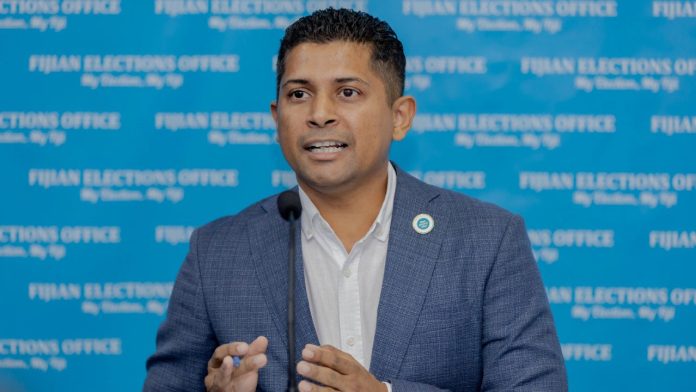 One of the paramount pillars of an election that is free, fair and credible is the right to secrecy of the ballot.

This was highlighted by Fiji’s Supervisor of Elections(SOE) Mohammed Saneem during a talanoa session at the University of the South Pacific.

One of the University Alumni raised questions on important documents such as the ballot paper not being numbered.

However, Saneem said secrecy of the ballot is an ultimate right that cannot be compromised.

Saneem said at the moment requirement for an election is the secrecy of the ballot, and that secrecy must be retained in such a way that there is absolutely no chance of anybody being able to label one particular ballot paper to a particular voter.

He said the right to exercise your freedom of expression through the ballot paper is paramount.

The SOE said Fiji has always had numbers on the stub of the ballot paper, which is the one that remains in the booklet.

SODELPA Leader Viliame Gavoka said the party has already announced the names of 48 proposed candidates and SODELPA now has 54 individuals who will be contesting the General Election under the party banner.

He said he party will announce the names of 55 proposed candidates Saturday.

Gavoka said that SODELPA has a process and it involves the constituencies; the selection committee; the management board and then the general assembly.

The SODELPA Leader also stated that he will be leading SODELPA in the election and that the annual general meeting tomorrow will allow the team to discuss its campaign focus.