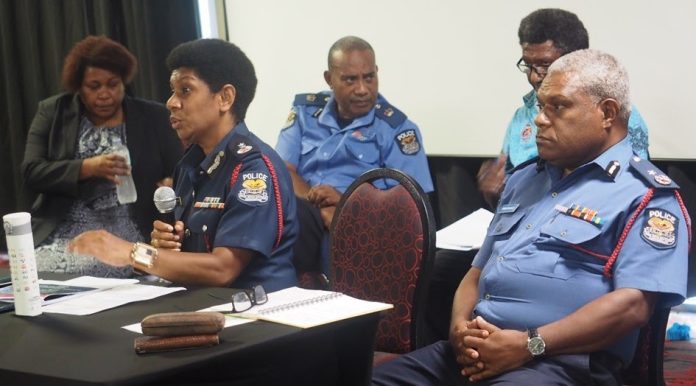 Papua New Guinea Police have made a startling revelation that firearms for the National Elections security operations have yet to be purchased.

Deputy Police Commissioner Anton Billie says the firearms might not be procured and received by the time the election writs are issued on 28 April and when nominations and campaigns start in earnest.

“We haven’t purchased anything yet. I’ve been told that they are doing it (police procurement team) but they need time,” Billie said.

He said the normal process for procurement of ammunition and guns could take about six to eight months to organise as there were important procurement protocols that needed to be followed.

Billie believes, however, police will manage with the currently available stock until the new procurement arrives.

A senior employee of the Police Department, who requested anonymity, said there were strict procurement protocols in place, however, due to the urgency of the matter the police procurement team had come up with measures to bypass some of these procedures.

The source said this situation would not have come about had the funds for the purchase of the firearms were released in November or December last year.

“We were supposed to get the funding last year but because we got it this year in February, the funding delayed everything,” he said.

“It normally takes a long time to procure.

“To get those procurements for those major expenditures, like uniforms and guns and ammunitions, we don’t have the time to do that procurement.”

The issue is further complicated that the procurement committee has not approved the police procurement orders. The items yet to be purchased include guns, ammunitions, and uniforms.