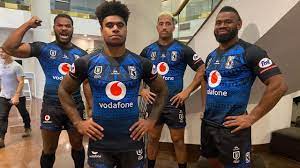 Back-to-back premiership winners Apisai Koroisau and Viliame Kikau are in the squad as well as Eels winger Maika Sivo.

Eels centre Waqa Blake is not in the squad alongside Tariq Sims, Daniel and Jacob Saifiti.

Huddersfield-bound Kevin Naiqama is joined by the UK players in the likes of King Vuniyayawa, Sitiveni Moceidreke and Ben Nakubuwai.

Jowasa Drodrolagi is the only French-based player in the squad.

The Fiji Bati’s first game is against Australia on the 15th of this month.