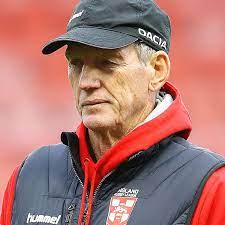 Wayne Bennett is set to join the Mate Ma’a Tonga coaching staff for the upcoming Test against New Zealand at Mt Smart Stadium on 25 June.

Bennett, who will next year return to the NRL coaching ranks with the new Dolphins franchise, will act as a coaching advisor to Dean Young, who will deputise for Tonga mentor Kristian Woolf.

With Woolf unable to travel to Auckland for the Test due to his commitments with St Helens in the Super League, Young will take charge for the one-off Test.

The Mate Ma’a Tonga rugby league team will gain an injection of experience and youth in their coaching ranks for the upcoming Test against the New Zealand Kiwis.

With head coach Kristian Woolf unable to travel to Auckland because of English Super League duties, Dean Young will take over as caretaker head coach for the one-off Test.

Young, who has helped North Queensland coach Todd Payten turn around the fortunes of the Cowboys this season, was a member of Woolf’s coaching staff in 2019 when Tonga beat the Kangaroos at Eden Park.

He played under Bennett in St George Illawarra’s 2011 grand final winning team and has a close relationship with the seven times premiership mentor, who helped plot New Zealand’s 2008 World Cup triumph and has also coached Australia and England.

Woolf, who has won the past two Super League grand finals with St Helens, will remain as head coach for the World Cup that will kick off in England in October.

Woolf has been in charge of the Mate Ma’a Tonga since their giant-killing 2017 World Cup campaign, in which the Pacific nation defeated the Kiwis and suffered a controversial semi-final defeat against Bennett’s England team.

Under Woolf, Tonga also defeated both Australia and Great Britain in 2019 to climb to third position on the IRL rankings ahead of the Kangaroos.

Woolf will be involved in the team selection process and confer closely with the staff that will deputise for him in the June 25 match against the Kiwis.

“My commitment to St Helens and the inability of the representative and international weeks to line up in the two hemispheres means it is not possible to be in New Zealand for a week during the Super League season,” said Woolf.

“But we have been able to put together an amazing coaching staff with Dean, Wayne and Sika.

“Dean has been an assistant on the Tongan team previously, and is one of the brightest young coaching prospects in the NRL.

“Sika was the captain of this team through a golden period, and understands the passion of the Mate Ma’a Tonga.

“And no-one has had more success in coaching rugby league than Wayne Bennett – having him there will be a great experience for both the players and the staff.

“This is a strong coaching staff for what will ultimately be a new-look Tongan team missing some players from the English Super League, who will be playing an important international Test while competing for spots in the World Cup squad.”.

‘Can’t keep them all’: Cleary resigned to Kikau’s pending exit