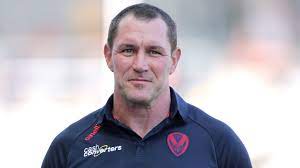 Kristian Woolf will continue to be Head Coach of Tonga’s National Rugby League team ahead of the June test match against New Zealand and the World Cup in England later this year.

The Kiwis match against Tonga in June could be accompanied by up to two tests across the Tasman on the same weekend.

The New Zealand side are set to make a long-awaited return on June.

Meanwhile, Andrew Fifita will forever be remembered for his role in Cronulla’s maiden premiership win in 2016 when he crashed through five Melbourne defenders to end the Sharks’ title drought.

But the Fifita who ran rampant against Melbourne that night is remarkably different to the one who will face the Storm on Saturday.

Age is one factor, but knee problems and his recovery from a fractured larynx that threatened to end his NRL career last year, have forced the 32-year-old into adapting his game.

He is no longer the focal point of the Sharks pack, having ditched the me-against-the-world attitude to become a reliable interchange forward for Cronulla.

He comes on for 25 minutes, makes his tackles, gets through his carries and goes off.

It’s an approach which has yielded results, with Fifita playing every game this season where the Sharks have won four from their first five matches under rookie coach Craig Fitzgibbon.

“I’ve simplified my job. I go on before half-time to create havoc,” the Tongan international told AAP.

“Fitzy was transparent, which was something we didn’t really have the last few years.

“That was the biggest thing for me because he’s come in and said: ‘this is your job and what I want you to do for the team’.

“I feel like there’s something good occurring here. There’s plenty of room for improvement and we need to stay humble and move forward. It’s going to be a really tough game against Melbourne.

“They’re going really well, but we are not flying down to just go and shake hands. I just hope they don’t boo us as much as they used to.”

The renaissance in Fifita’s career followed the most arduous time of his life after sustaining that fractured larynx against Newcastle last year.

Many thought he would be better to retire and, in the depths of the Sharks’ pre-season, it was something he often contemplated.

“I thought about it every day,” he said.

“It was the toughest thing for me, coming back from being paralysed.

“I was going home every day of pre-season crying to my missus saying: ‘I’m done’.

“Before I would go in the gym and throw 140kg on the bar and pump it out but (after the injury) I started day one of pre-season with just the bar and trying to push it up.”

Fifita says he’ll make a call later this year if he wants to play on in the NRL. If he doesn’t stay, he has two remaining ambitions.

One is to play and win the World Cup with Tonga later this year, and the second is finish his career playing alongside twin brother, David, who is with Wakefield in the Super League.

“The love for the game is still there,” he said.

“If there was a dream out there, I’d love to play my last year with him.

“I started playing rugby league with him and just to finish off with him (would be special), he said.

Lemuelu in for Brown as Samoa name squad for World Cup...