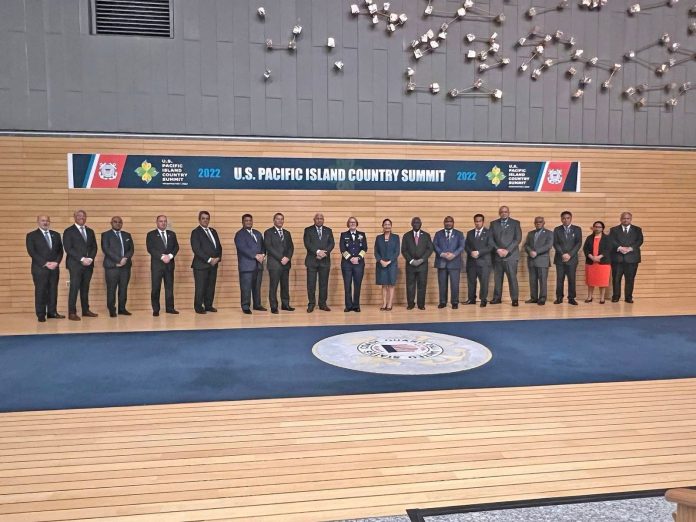 Leaders of the Pacific and senior representatives attending the U.S-Pacific Country Summit in Washington DC were hosted to a dinner at the U.S Coast Guard.

The leaders were received by the Commandant of the U.S Coast Guard, Admiral Linda L. Fagan, at the U.S Coast Guard Headquarters. Extensive discussions were held on broadening partnerships with Fiji and the Pacific region, and the U.S in maritime cooperation.

The Chair of the Pacific Islands Forum, Prime Minister Frank Bainimarama is hopeful that the region will be further assisted by the U.S Coast Guard in improving surveillance and information sharing between Pacific states.

Illegal fishing is a growing problem across the Blue Pacific and leads to annual losses that have grown to several hundred million dollars per year.

Small Island States with limited naval and other surveillance capabilities face considerable challenges in managing their large waters and monitoring activities on the high seas, including narcotics and other illicit activities.

Prime Minister Bainimarama thanked the United States for its solidarity with the region and welcomed the increased cooperation between the U.S and the Pacific region.

Earlier, he commented that there was considerable scope for growing partnerships between the U.S and the region to further improve the monitoring and surveillance of our waters in the Pacific.