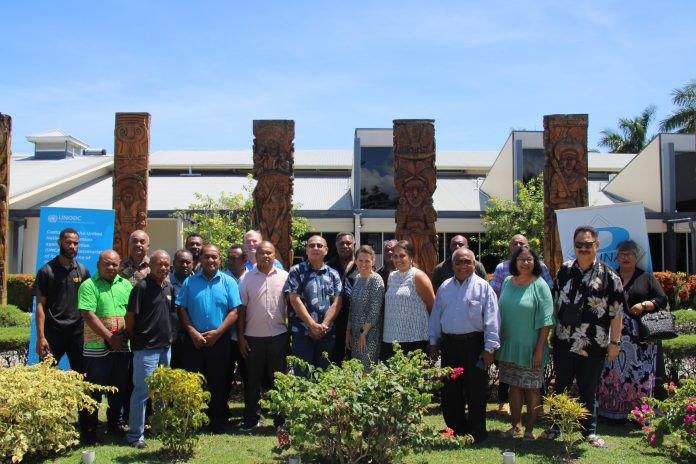 The 6th Pacific Media Summit – the region’s biggest gathering of media executives and Practioners – opens at the Heritage Park Hotel in Honiara this evening.

Up to 150 media delegates from the region and beyond are attending the week-long event.

“We are privileged to be given the opportunity to host this prestigious and big media event,” Media Association of Solomon Islands (MASI) vice president and chair of the organizing committee, Douglas Marau told Island Sun.

Marau said Education minister Lanelle Tanangada will officially open the summit in the absence of the prime minister and his deputy, who are both away overseas.

MASI secured the bid to host the 6th Pacific Media Summit at the last gathering in Nukualofa, Tonga, in 2018.

But COVID kept things in the wrap until this year after international borders were reopened.

In Honiara, Island Sun understands all the major hotels have been occupied by delegates attending the summit.

“…..yes, we have been fully booked for this week,” a spokesperson for King Solomon Hotel told the Island Sun.

Heritage Park hotel played hosts to pre-summit workshops that have been held Monday and to continue today.

They will also host this evening’s opening ceremony.

Pacific Casino hotel will be hosting the two days of plenary sessions that will start tomorrow.

The summit wraps up on Friday with a retreat during which a new Pacific Islands News Association (PINA) board will be elected, and the next hosts announced.