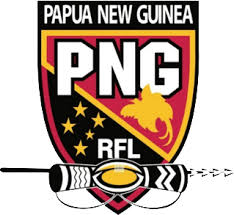 Twenty players have been invited to take part in the week leading into the PM’s XIII in Brisbane, with camp commencing on Wednesday, 21 September.

“We have every confidence in the team and know they will do us proud on Sunday,” Hondina said

“Our domestic partners in PNGLNG, Digicel, KPHL, NGCB and BSP, without your support this wouldn’t be possible and PNGRFL is greatly indebted by that,” Hondina stressed.

With players whose clubs are deep into finals footy unavailable for selection, the opportunity for incoming squad members to put their best foot forward at the camp to enhance their bid for selection in the World Cup becomes very real.

In light of that, Papua New Guinea will retain eight of the seventeen that made the field in their convincing Pacific Test victory against Fiji Bati earlier in the year at Campbelltown Sports Stadium, Sydney.

When Coach Stanley Tepend was asked if there was any more pressure or a higher expectation of these players he responded.

“These eight did their job against Fiji and that’s why they have been given another opportunity at this level. Playing Australia in this match will be no different. Every player selected was the best we could pick considering all the clashing finals on same weekend and injuries to key players recently were factors out of our control during this selection process. However, we hope to carry on from what we built in the Pacific Test and give our boys a competitive hit-out before the World Cup Squad is announced,” said Stanley.

Papua New Guinea can lean on a solid defensive structure, showcased against Fiji with a close-knit group of players from the Queensland Cup. Including Central Queensland Capras trio Zev John, Nixon Putt and Mckenzie Yei, who are fresh off a high-intensity final series in the Hostplus Cup.

Coach Stan has also injected new blood from the Digicel Cup into the squad, with in-form player Leon Undupia (Mendi Muruks). Undupia has been a standout player in the Digicel Cup and with his team now out of finals contention he becomes available for selection. With other players considered from both Agmark Gurias and Hela Wigman made unavailable with finals.

“I will be looking at the new players coming into this game, with each of them a genuine chance at making it into the World Cup squad. We have spots available, and this is their opportunity to prove that no matter what we face or what situation we are put in, we rise together,” said Stanley.

We will be coming up against a good Australian team and playing at the best Rugby League stadium. So, it’s important for this group of boys to not let the occasion get to them but play the way we want to.”