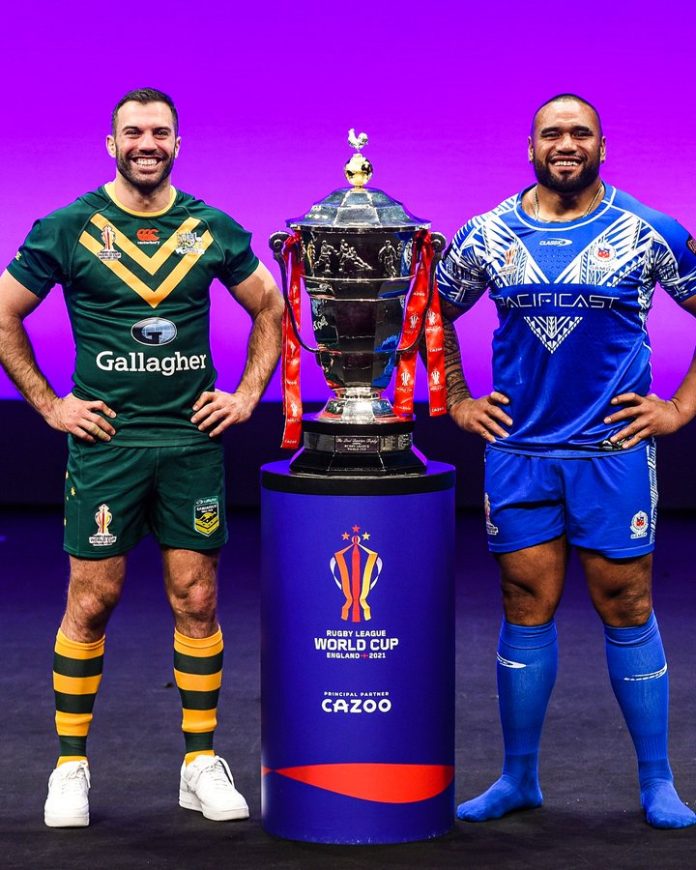 Samoa coach Matt Parish has made one change to the squad ahead of Sunday’s World Cup Final against Australia..

Fa’amanu Brown, who will miss the match with a head knock picked up in the win over England, is replaced in the 19-man by Dolphins forward Connelly Lemuelu.

Chanel Harris-Tavita will start at hooker in his final game before retiring to pursue his passion for travel and writing, which he announced earlier this year.

Samoa are otherwise unchanged after captain Junior Paulo was cleared to play following his lifting tackle on Thomas Burgess in the semi-final.

Australia will field the same 19 that they did in their semi-final win over New Zealand.