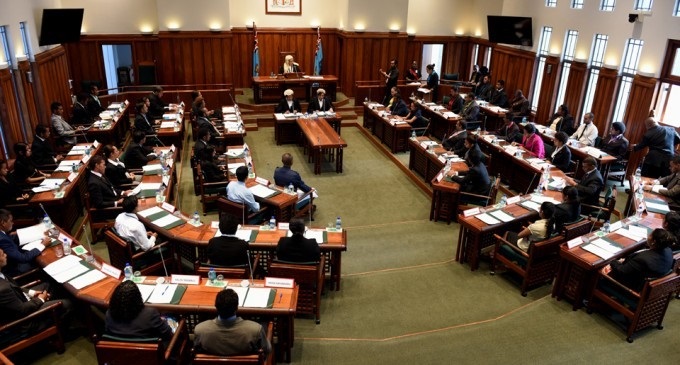 Fijian Parliament has now been adjourned sine die after the fourth session this year.

Leader of Government in Parliament Inia Seruiratu moved the motion to adjourn sine die – to adjourn for an indefinite period following the final five days of sitting this week.

It was voted unanimously by both members of the House.

Speaker of Parliament Ratu Epeli Nailatikau thanked all parliamentarians for their contributions.

“Since no member opposes, Parliament is now adjourned sine die. Honourable members, given that this is the final sitting of parliament – I take this opportunity to thank you all for your contribution during this fourth and final session of parliament and of course of the duration of this term of Parliament. You have all served the country well.”

He has also given instructions on the dissolution of parliament to members of the House.

Whips from both sides will inform their members of matters in preparation for the dissolution of parliament.

Meanwhile, the Fijian Elections Office in its first media watch analysis today highlighted the various issues pertaining to media reporting in the lead-up to this year’s General Election.

Supervisor of Elections, Mohammed Saneem said the issues range from lack of coverage of critical explanation regarding the practical aspect of the changes under the Electoral Amendment Act, to misconstrued statements and misleading headlines.

Saneem also raised concerns about the lack of urgency by some media to publish critical information.

This, he said denies the public from accessing critical information who rely on the media.

“It is unfortunate to see that critical amendment to the Electoral Act 2014 that were tabled in Parliament could not be properly relayed to all the members of the public by six media organisations operating in Fiji simply because they fail and refused to publish information that had been released by the FEO specifically explaining each individual component of the practical aspect of the amendment being sort.”

Saneem said they will now work with media organisations to ensure proper and relevant information is disseminated to assist the public.

He said they will be releasing their media watch analysis constantly to help the Fijian media and keep the public informed as well.