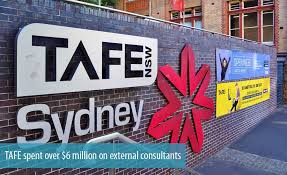 Australia’s vocational education and training system will be overhauled to become easier to navigate and more efficient, the federal government has announced.

Significant duplication of courses in the higher education sector has resulted in students having to study the same thing multiple times, Skills and Training Minister Brendan O’Connor says.

There are currently 5000 vocational education and training (VET) units which have more than 70 percent overlap with at least one other unit.

“Due to transferable skills being poorly recognised, students may need to undertake duplicate additional training that delivers similar skills to those they already have in order to move into a new job,” O’Connor said in a statement.

“Any reform in this important area will have regard to industry standards and their specific needs.”

Working with states, territories and unions the government will make the qualifications system easier to understand through reforms which will give Australians transferable and relevant skills.

Students, employers and training organisations will benefit from the changes to simplify the system, the minister said.

“We need to reform the VET sector, we need to put TAFE back at the centre (and) we need to deliver courses, apprenticeships and traineeships that are actually filling skill shortages,” O’Connor told ABC’s Insiders programme on Sunday.

Albanese told attendees at the jobs and skills summit last week the $1.1 billion (US$748 million) package would be jointly funded by federal, state and territory governments.

While the funding is for the next financial year, O’Connor said federal, state and territory governments were negotiating a five-year agreement.

The Commonwealth could potentially provide $3.7 billion (US$2.5 billion) over a period starting in 2024, O’Connor said.

“That’s certainly the amount that we’re hoping to be able to provide … but it’s predicated on an agreement with the states and territories,” he said.

The agreement must ensure reforms to the VET systems to make it suitable for students, workers and the labour market, O’Connor added.

In addition to workers already in Australia, current estimates show about 40,000 Pacific Island workers who are vetted and ready to migrate for work, he told Sky News.

“We also want to make sure that we’re encouraging locals to take up careers in agriculture and providing them with the skills that are needed to do so,” he said.

Following the summit, the government announced Australians on the aged and veteran’s pensions will be able to earn up to $4000 (US$2,721) in extra income a year without losing their benefits.

Independent MP Zali Steggall said she welcomed the move but it was a “small step” to addressing Australia’s labour shortages.

“Older people have great skills to bring to the workforce, great maturity and experience,” she told Sky News.

“(But) I don’t think they will address the big picture where businesses are desperately looking for more staff, skilled labour and skilled workers in certain areas.”

Opposition spokeswoman Michaelia Cash said the announcement was a “half-baked attempt” at a proposal previously made under the former Liberal-National government by the now Opposition Leader Peter Dutton.

“What do we get from Albanese after the summit? A very strange half-baked attempt to go halfway towards realising what Dutton had put on the table,” she told Sky News.

No jab, no job – Fiji Government policy enforced through law