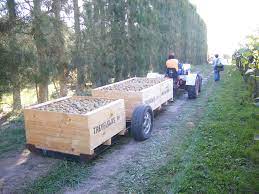 New Zealand’s Labour government announced last week that it will ease restrictions on temporary migrant workers to address severe labour shortages in critical areas. Despite the removal of most COVID restrictions and the reopening of international travel, the Reserve Bank has described labour shortages as the worst in 50 years.

With official unemployment running at 3.3 percent, Immigration and Workplace Relations Minister Michael Wood told media that the immigration system was being “streamlined” to help employers struggling with not enough workers.

An extra 12,000 tourists can now come to New Zealand and work over the next year, while people on existing work holiday visas will be given a six-month extension. About 4,000 working holiday-makers are in the country and more than 21,000 temporary workers have had their visas approved.

In May, the government “tweaked” the immigration system to make it easier for some migrants to get residency, with then-Immigration Minister Kris Faafoi declaring there would be no return to relying on low-skilled and low-paid migrants. For most jobs, employers were required to pay migrants the median wage of $27.76 (US$17), which is above the legal minimum of $21.20(US$13).

Under the new rules, tourism and hospitality employers will be able to pay these workers $25 (US$15) per hour. Meat processing companies can pay $24 (US$14) for entry-level jobs, with a cap on visa numbers set at 320. Workers will get seven-month visas. The pay thresholds will be updated each year in line with changes to the median wage.

Wood flatly denied that the reduced pay was discriminatory or illegal, and said local workers would not be disadvantaged, telling Radio NZ: “This is actually a positive policy that will assist in terms of ensuring that we have sufficient labour supply for key parts of our economy and will lift conditions for workers in those sectors.”

This is a lie. The new policy is another measure that will be used, with the support of the trade unions, to push down wages as inflation, currently 7.3 percent, devastates workers’ living standards.

This week 135 staff, a third of the workforce, were summarily sacked at the main ski fields on Mt Ruapehu in the central North Island, following one of the worst ski seasons in decades. Operator Ruapehu Alpine Lifts shut down the Turoa field, retaining just 17 of the company’s designated “essential skills” international workers to carry out technical work.

Heavy restrictions remain on permanent immigration. Labour took office in 2017 allied with the Green Party and anti-immigrant NZ First, promising to sharply reduce migrant numbers, which it has done. Even now, thousands of visa holders and family members are still unable to return. Despite a desperate shortage of healthcare workers, the government has placed draconian residency requirements on overseas applicants for nursing positions.

In another policy to boost the exploitation of temporary migrants, Labour has announced a new program for Pacific Islanders, purportedly to develop “labour mobility” in the region. Minister for Trade and Export Growth Phil Twyford said this would build on the “successes” of the current Recognised Seasonal Employers (RSE) scheme, expanding it into the meat and seafood processing sectors.

The RSE scheme, launched by the then Labour government in 2007, allows for 16,000 low-paid workers annually from Samoa, the Solomon Islands, Vanuatu and Fiji to work in the NZ$10 billion (US$6.1 billion) horticulture and viticulture industries. A similar programme, begun under Australia’s Rudd Labor government, has run there since 2008.

A recent investigation by Stuff reporter Kirsty Johnson revealed some RSE workers are housed six to a room, charged $150(US$91) a week to sleep in freezing and damp conditions, falling sick repeatedly, and denied paid sick leave. One worker living in a crowded motel unit became so unwell he was coughing blood, but his boss initially refused to take him to the doctor, telling him to go and buy paracetamol instead.

The government’s Equal Employment Opportunities Commissioner Saunoamaali’i Karanina Sumeo subsequently investigated the workers’ conditions. She wrote on Twitter that many RSE workers “live in sub-standard, over-priced, overcrowded, damp and mouldy homes without basic amenities,” adding that some of what she had seen warrants criminal investigation. Pacific workers’ visas tie them to a specific employer which, according to Sumeo, can result in employer “over-reach” into controlling a worker’s basic rights.

Previous investigations in both New Zealand and Australia have exposed appalling conditions faced by the highly vulnerable workers, who are at the sharp end of relentless assaults by employers and successive governments on conditions and wages. In March, the Vanuatu government initiated its own inquiry into the Australian program, citing concerns about exploitation.

Governments promised that RSE workers would earn enough during their stay, in New Zealand capped at seven months in any year, to send money back to their families and provide economic “benefits” to the fragile island economies, which depend heavily on remittances. In reality, RSE workers are mostly paid the minimum wage as a base rate, before crippling deductions to cover airfares, visas, phones, housing and transport.

Attacks on immigrants’ rights escalated during the COVID-19 pandemic. Figures released to Stuff under the Official Information Act revealed complaints about exploitation and mistreatment went up by 259 percent from 2020 to 2021. Many people on temporary visas, including some on the RSE scheme, were unable to return home. Some were surviving on food stamps due to visa conditions leaving them unable to find work.

Canberra and Wellington have recently announced forthcoming reforms of the Pacific schemes. Australia’s Labor government will extend its program to include a four-year visa, and the ability of workers to bring their families with them.

New Zealand has promised a “full review” of its scheme next year. Wood declared that the RSE scheme was “important to New Zealand” and the Pacific but “we must treat people fairly.” Workers should have no confidence in such false promises, which have been made again and again with no improvement in conditions.

The aim of the Australian and New Zealand governments is to tighten their grip over the Pacific region, which they regard as their own colonial “backyard.” Their hypocritical references to the Pacific “family” are a cover for a diplomatic and military build-up in the region, supporting the US-led confrontation with China, which threatens a catastrophic war.

New Zealand’s practice of importing Pacific people as a source of disposable and cheap labour has a long and brutal history. During the early 1960s, thousands of Pacific workers were recruited for menial and factory jobs, only to find themselves later victimised by racist immigration laws, and subject to infamous “dawnraids” forcefully expelling them from the country.

The RSE schemes are just as inhumane, notwithstanding the fact that Pacific governments, which depend heavily on aid from Australia and NZ, have collaborated in implementing them. In a visit to New Zealand in June, Samoa’s Prime Minister Fiame Naomi Mata’afa avoided laying any blame over the appalling conditions facing workers. She assured horticulture employers that her government simply wants to “raise the quality” of the RSE scheme.

Like governments throughout the world, Prime Minister Jacinda Ardern’s administration has for years sought to scapegoat immigrants for the housing crisis, social inequality and pressure on public services. Its cynical moves to ramp up the exploitation of migrant workers is part of its escalating assault on the entire working class.