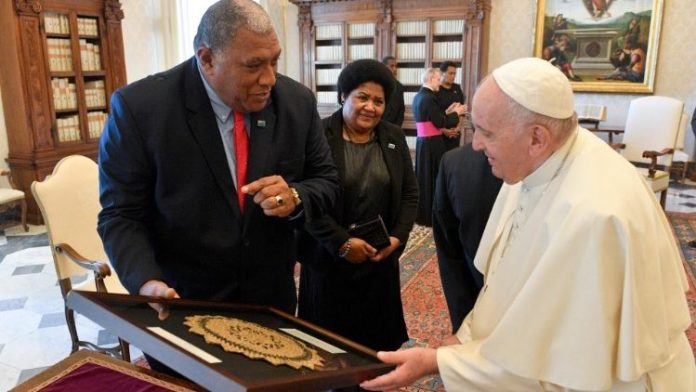 According to the Holy See Press Office, the “cordial” discussion “focused on various themes of a regional nature, particularly the urgent issue of climate change, the humanitarian dimension and the need for greater commitment to protecting the common home.”

The Pope and the President also spoke about the “good relations existing between the Holy See and Fiji, and the contribution of the Catholic Church to the life and development of the country” .