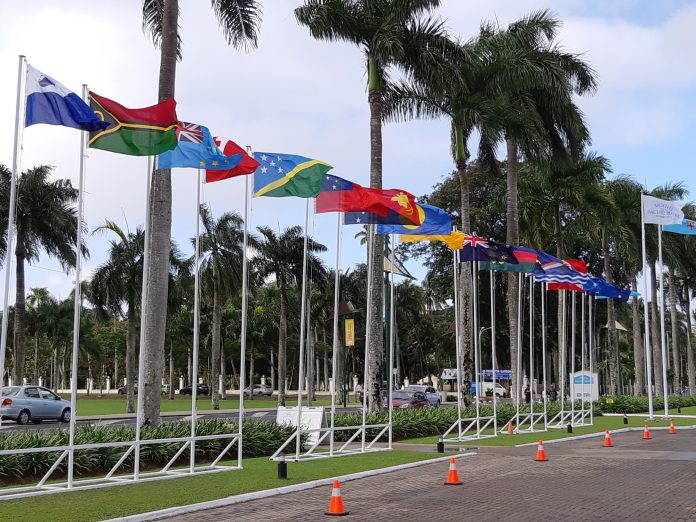 Australia’s increased target on climate change action is set to be welcomed when leaders meet at the Pacific Islands Forum in Fiji, according to the federal minister for the region.

Pacific Minister Pat Conroy said the federal government’s new climate target had been well supported by nations in the region and a sign of improved ties amid growing tensions in the Indo-Pacific.

“Our renewed and increased action on climate change has been welcomed by Pacific island nations,” Conroy told ABC Radio on Monday.

“There’s a real enthusiasm on Australia’s climate policy, a palpable sense of relief that we have finally listened to the region’s priorities … it’s giving us a huge opportunity to rebuild our relationship with the Pacific.

Prime Minister Anthony Albanese is set to travel to the Forum, set to take place in Suva, on Wednesday, before returning to Australia on Friday.

The Forum will bring together leaders from 18 member nations including New Zealand, Solomon Islands, Papua New Guinea and Tuvalu.

As well as climate change action, regional security is set to be high on the agenda, in the wake of China seeking to sign bilateral deals with several nations.

Conroy said it was important countries in the region work closely together on security issues.

“Pacific security should come from within the Pacific region, the Pacific family should be looking for its security needs from the Pacific and only go to outside partners when they cannot be met,” he said.

“It’s really important that we use the regional architecture of the Pacific Islands Forum to support our security needs rather than engaging with outside partners.”

The new government has previously criticised their predecessors for “dropping the ball” in the Pacific.

The prime minister said since the election in May he had sensed a feeling of relief from Pacific leaders.

Since his election, Albanese has travelled to Japan, Indonesia, Spain, France and Ukraine to meet world leaders and advance Australia’s standing on the international stage.

Conroy said implications of climate change, such as an increase in refugees fleeing from Pacific nations, would also be discussed at the summit.

“This is a real challenge, and it’s one where we’re working hard to avoid climate change where we can through our commitment to international action,” he said.

“One of the aspects of climate change we’re going to have to deal with is islands that are disappearing and how we handle movement around that is a critical question into the future,” he said.