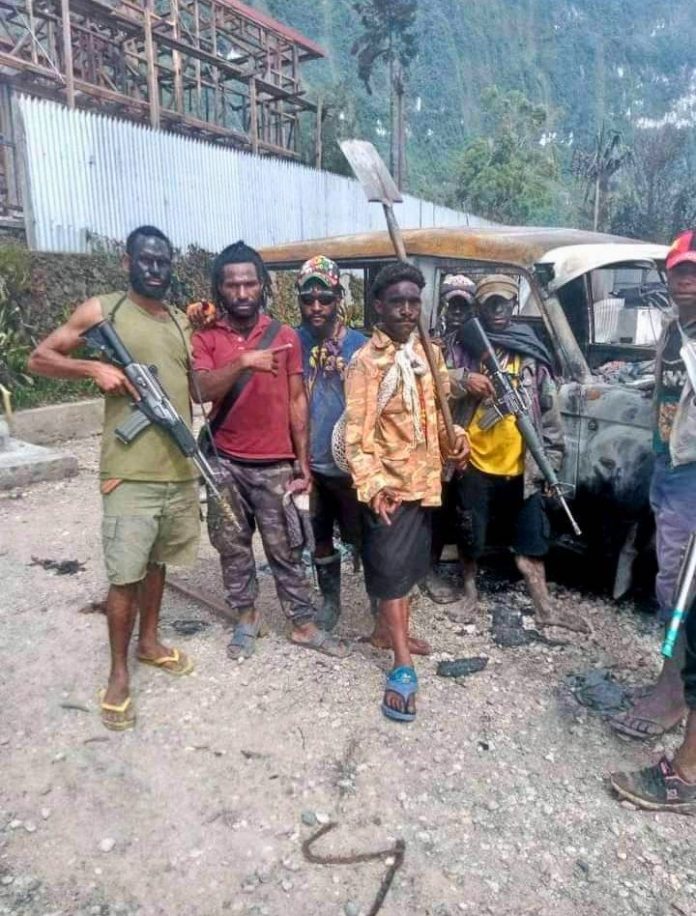 Papua New Guinea Police Commissioner David Manning says anyone found to be in possession of an unlicensed and homemade firearm will be arrested and charged by security personnel across the country.

The Government increased the penalties for the unlawful activities in the most recent amendment to the Firearms Act 1978 through the Firearms (Amendment) Act 2018.

The maximum penalty imposed in the 2018 Amendment Act is a fine not exceeding K20,000 (US$5,710) or imprisonment for a term not exceeding ten years for the offences of owning/possession and carrying of pistol or high-powered firearm without license.

Most of the offences under the Act are punishable by a fine not exceeding K10,000 (US$2,855) or imprisonment for a term not exceeding five years. Other penalties are at K1,000 (US$285) fine and below.

“We have lost too many people to election related violence, my men and women have become victims of direct attacks to them during elections,” Commissioner Manning said.

“I will do my best to ensure that I not only have a capability to respond to attacks on security personnel as well as protect the democratic process of elections.

“The elections are an unnecessary violent time for the country, and the high proliferation of illegal firearms in the country has caused us to invest in improving our capabilities to meet these challenges.

“You only have to look at the posts on social media to see how tribes in the Highlands region have armed themselves and organised themselves to influence the election process.”

Prime Minister James Marape said the country had seen enough of illegal firearms issues, including in the 2017 General Election when there were several gun-related deaths, and added there would be zero tolerance this time.

“I remind people on the eve of elections that life imprisonment is now the maximum penalty for illegal possession of firearms. Candidates should tell their supporters, and themselves, not to have illegal guns in their possession.