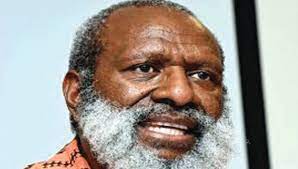 A Papua New Guinea cabinet minister has called on the Australian government to take the findings of a royal commission into the 2014 UBS loan affair seriously and investigate whether local authorities should take any action.

Kerenga Kua, PNG’s Petroleum Minister, told the Australian Financial Review that the government was holding a cabinet meeting on Wednesday and would discuss the establishment of a task force to implement the commission’s recommendations.

These include a 10-year ban for UBS and referral of the matter to the Australian Securities and Investments Commission (ASIC).

ASIC, the commission claimed, could investigate UBS for overcharging, misleading and deceptive conduct in claiming derivatives contracts used in the financing were struck at nil-premium, and for failing to manage conflicts that arise from acting as both adviser and financier to PNG.

“The Australian government, up until recently, has always been a strong advocate for the rule of law so they need to show they are capable of walking the talk,” said Kua.

In a written response to questions, the Department of Foreign Affairs and Trade said it was aware of the tabling of the report in PNG’s Parliament last week.

“The implementation of the report’s findings is a matter for Papua New Guinea,” it said.

Jessica Collins, research fellow at the Lowy Institute’s Pacific Islands programme said the Australian government was under even more pressure to respond and manage well its relationships in the Pacific, following Solomon Islands’ announcement last week it had signed a security pact with China.

“It’s especially important for the government to be demonstrating its commitment to Pacific Island nations,” Dr Collins said.

“It should be looking into how an Australian company came to be involved in financial scandals, in a country that Australia takes special responsibility for supporting good governance.”

Dr Collins said while the Australian government should not be liable for the cost to PNG as it was business dealings and commercial operations that happened on sovereign soil, “there is a way to help right the path, and the commission’s recommendation that it be referred to ASIC absolutely should be considered,” she said.

“It could result in better protection for PNG from future financial scandals caused by Australian companies seeking to work there. Canberra also knows too well that PNG’s governance structures are vulnerable to exploitation, so it also has a role to play in ensuring Australia’s foreign investment companies are playing by the rules there.”

UBS broke its silence last week and hit back at the commission’s findings, stating that it had acted “appropriately and transparently” at all times.

It refuted the $175 million (US$124 million) figure that it is alleged to have overcharged claiming that US consultancy Brattle’s analysis was “flawed and theoretical.”

Kua’s comments demonstrate the determination of PNG officials to seek restitution, based on the findings of the report, and there seems to be bilateral support ahead of a soon-to-be-held election.

Prime Minister James Marape has pledged to set up a multi-agency taskforce including the prime minister’s department, the police department, Treasury and finance and Transparency International to ensure the recommendations are implemented.

On Monday, PNG newspaper The Post Courier reported that PNG police commissioner David Manning had received the report from the government. He said the investigations would be a joint effort between the police, Internal Revenue Commission and Independent Commission against Corruption.

The commission recommended that former prime minister Peter O’Neill be investigated by the corruption watchdog, which he welcomed even as he derided the inquiry as a politicised affair.

“These professionals, including UBS, have provided misleading advice to government and any government coming in after elections must pursue recovery of the monies paid,” O’Neill claimed in a press statement last week.

The commission’s 576-page report was presented to members of parliament last Wednesday following a two-year and a half year probe. The commission of inquiry into the UBS loan was established in August 2019 and has cost PNG taxpayers an estimated $11 million (US$7.8 million).

The final report was scathing of the lack of cooperation by UBS and law-firm Norton Rose Fulbright Australia and called on each firm to be banned from acting for state related entities for ten and five years respectively. Bans were also recommended for five current and former staff at the firms.

Tackling corruption is vital if any country is to achieve a...