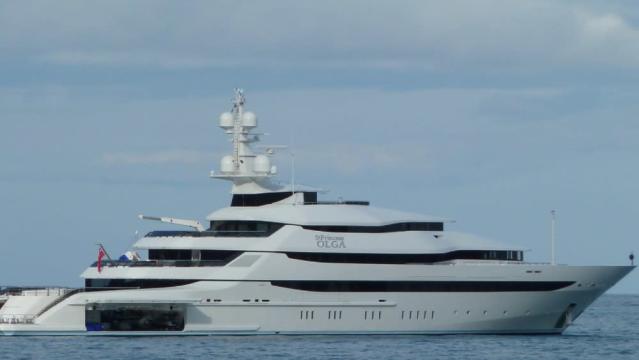 The Marshall Islands may expel Russian yachts and boats on sanctions lists from its ship registry as a response to the war with Ukraine.

“We also are one of the largest ship registry programmes for flagged ships throughout the global shipping industry,” Foreign Minister Casten Nemra said at a press conference in Taiwan.

“We are also looking into expelling any Russian ownership in terms of yachts or those that are listed and are on the sanction list. We will do our part in working, collaborating with a number of countries.”

It comes as European authorities investigate Russian-linked superyachts, including one that could be connected to Russia’s president and registered to a Marshall Islands company.

In a video, the Russian Anti-Corruption Foundation says it can link the superyacht Scheherazade to Russian president, Vladimir Putin.

Using leaked information and open source data, the group claims the ship is — or was until recently — manned by Russia’s Federal Protection Service, who look after Mr Putin.

The group said the yacht was flagged in the Cayman Islands and its registered owner is a trust company in Marshall Islands.

Despite Marshall Islands’ vow to expel any Russian yachts or boats that are on the sanctions list, it is not clear how effective they will be.

“The legal arrangements with respect to the ownership of a yacht may be incredibly complex, which might have connections and tentacles, which stretch into multiple different countries,” said international law expert Professor Donald Rothwell from the Australian National University.

New Zealand lawyer Hamish Fletcher from Oceanlaw said it would make sense for the rich and powerful to register a ship in the Marshall Islands due to tax advantages.

And he said the Marshalls also offers anonymity, which can be useful for some people.

“You would expect the Marshall Islands would know who the beneficial owner was, but that they provide confidentiality around that unless they have to provide it by way of court order, or by way of the law,” he said.

Ship registries are a good source of extra income for small island nations, and Marshall Islands is the third largest open ship registry in the world.

“So behind Liberia and Panama. And it’s on the white list, which is a good list,” Fletcher said.

White list countries have been assessed by the International Maritime Organisation as complying with its convention and code.