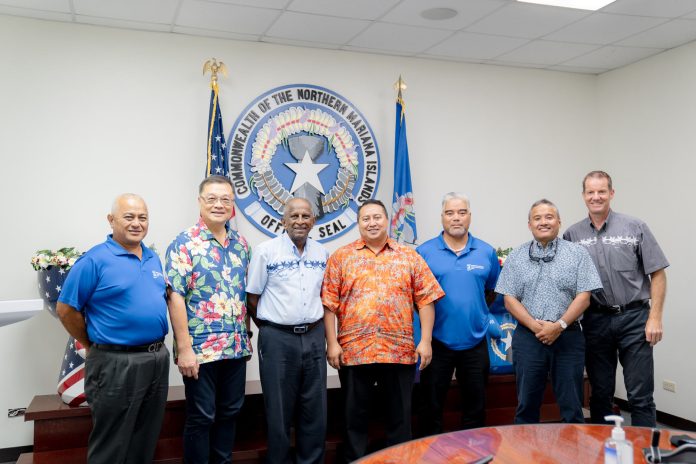 The President of the Pacific Games Council (PGC) Vidhya Lakhan and chief executive Andrew Minogue have conducted a final inspection of Saipan in the Northern Mariana Islands, and have approved their preparations for holding the 2022 Pacific Mini Games.

Both attended meetings including one with the Board of the Northern Marianas Pacific Mini Games 2022 Games Organising Committee (NMPMG 2022) – chaired by Marco T. Peter – and an Executive Board meeting of the host Northern Marianas Sports Association (NMSA), chaired by Jerry Tan.

The PGC delegation met with the competition managers and venue managers for the nine sports on the programme too, with all renovations to sites in Saipan expected to finish in May.

Visits were also made to the Athletes’ Village – which is being accommodated at the Grandvrio and PIC hotels – as well as the media and Games results centre.

Lakhan said he was confident in the hosting of the Games on the islands.

“I am pleased with the state of preparations for the 11th Pacific Mini Games,” said the PGC President in a statement.

“All the stakeholders are working well together to deliver the venues and operational plans.

“While work remains to be done to complete the preparations, including on the visa entry process for several countries, the PGC now expects the Northern Mariana Islands will be ready to host a successful Pacific Mini Games in June.

“On behalf of the PGC, I sincerely thank Governor Torres and his administration for the outstanding support they are providing to NMSA and NMPMG 2022 to be able to successfully host the 11th Pacific Mini Games despite the trials of the COVID-19 pandemic and the super typhoons which set back preparations in 2018 and 2019.

“I now urge our 24 Pacific Games Association members across the Pacific to do their utmost to send their largest possible delegations of athletes in a show of support and solidarity to our hosts in the Northern Mariana Islands and their populations across Saipan, Rota and Tinian,” he said.

The Northern Mariana Islands 2022 Pacific Mini Games are scheduled to take place from 17 to 25 June.

Australia to target PNG and Vanuatu with cricket diplomacy