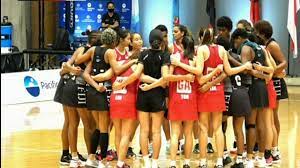 Could the decision to award the 2026 Commonwealth Games to the Australian state of Victoria have opened up a future pathway for the Pacific to host the multi-sports event?

If a group of Victorian cities can come together to stage the games, then why not a group of Pacific island countries?

The Pacific has flirted with the idea in the past, but might now be the time to sit down and put together a substantive bid?

“We talked about it quite a while ago,” Dr Robin Mitchell, President of the Oceania National Olympic Committee has told Pacific Beat.

“The possibility of Fiji, Tonga and Samoa bidding (was raised) because they are so close to each other, after the 2006 Games in Melbourne.2

“So it’s been talked about, but we haven’t progressed it, so it’s probably something we will chat about at the Commonwealth meeting on 29 April in Nadi.”

When it comes to logistics, Dr Mitchell says that shouldn’t be a problem.

“Flying-wise it’s less than an hour to Tonga from Suva, and just a little over an hour to Apia. Samoa’s got quite a lot of facilities now, and we’re (Fiji’s) looking at building up to bid again for the Pacific Games, probably after Tahiti (in 2027).”

But ONOC’s Secretary-General, Ricardo Blas, says many factors would have to be considered before a joint bid could be lodged.

“If it’s a split venue, the question would be who’s going to underwrite the costs for the movement of athletes and officials to and from those venues?”

“We had a similar situation at the 1991 Pacific Games in Papua New Guinea. They had it in Port Moresby and then they had three or four other sports up in Lae, and the logistics involved in doing that were quite extensive,” Blas told Pacific Beat.

“A combined event might be interesting for both countries (or more) because they would have the resources to cover those costs,” he said