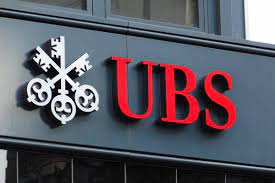 Three current and former lawyers at Norton Rose Fulbright’s Australian unit are among those facing a potential five-year ban from doing business in Papua New Guinea, for failing to co-operate with the royal commission into a controversial $1.3 billion (US$960 million) UBS loan.

The commission’s final report was tabled in PNG’s parliament on Wednesday, two and half years after it was set up to examine the complex transaction, which resulted in $400 million (US$297 million) of losses to the state.

The final report was handed to Prime Minister James Marape on 05 April and members of parliament expect it to be made public at this sitting.

Counsel assisting the commission has recommended UBS Australia, law firm Norton Rose Fulbright Australia and certain individuals involved in the 2014 transaction be banned from conducting business in PNG for up to 10 years.

Marape, who was finance minister at the time of the loan and appeared as a witness before the commission, pledged to act on the report given the extent of funds lost.

“It was clear that the transaction was not in order,” he said on 05 April.

“We will give justice to the effort put in by ensuring … that it is progressed beyond parliament.”

“For those who need to repay Papua New Guineans for the money that was lost, restitution will take place,” he said.

On Tuesday, The Australian Financial Review revealed UBS Australia may face a 10-year ban and be asked to repay the money it overcharged the PNG government. Counsel assisting the commission said it should recommend UBS be referred to the Australian Securities and Investments Commission to consider whether action should be taken against current or former staff.

It says this referral would relate to UBS’ alleged excessive overcharging, misleading and deceptive conduct, and failure to have adequate arrangements in place to manage its conflicts of interest.

Former Norton Rose partners Anthony Latimer, Steven Moe and Vittorio Casamento have been singled out individually in addition to Norton Rose Fulbright Australia for their claimed lack of co-operation with the commission.

Counsel assisting the commission Dr James Renwick, SC said a five-year ban for the law firm was “appropriate,” for failing to make any of its key lawyers available as witnesses and for stalling the work of the commission for “no good reason”.

“It would be open to conclude they intended to deliberately dump about 3000 documents, many lengthy, right at the heel of the hunt,” he told the commission, which has since submitted its final report to Marape.

The royal commission was set up in August 2019 to examine the events surrounding a disastrous $1.3 billion (US$960 million) loan from UBS to PNG that was used to buy 10 percent of ASX-listed Oil Search via a share placement.

But a collapse of the oil price caused a sharp fall in Oil Search share price, triggering a margin call on the loan that in turn led to $400 million (US$297 million) of losses.

Norton Rose was retained by PNG to provide legal advice in relation to the UBS loan. But the commission faced road-blocks in accessing documents relating to the transaction from the law firm, despite the fact that the state that set up the commission was its client.

Dr Renwick told the commission Norton Rose’s eventual provision of documents came five months after the initial March 2021 request. The commission could not be certain it had received all relevant information.

“They never produced a human witness despite many opportunities and offers to do so, and secondly they say they produced all documents – we don’t know if that is so, because we didn’t have anyone we could examine about that.”

Dr Renwick also recommended that UBS be banned for 10 years from acting for the PNG government or state-owned enterprises for alleged over-charging and for failing to provide witnesses to the examination.

He had also named two UBS operatives who were identified as key personnel on the transaction – Patrick “Paddy” Jilek and Australasian head of energy Mitchell Turner – as individuals that the counsel assisting recommended face bans.

Sources within UBS have expressed frustrations with the findings of a report from United States-based Brattle Group that tabulated the Australian branch of the Swiss bank had overcharged the state a total of $175 million (US$130 million). UBS subsequently filed a report in response to the Brattle findings.

But the counsel assisting is calling for UBS to be sanctioned for an apparent half-hearted engagement with the commission.

“One might have thought the report, which has received considerable publicity in Australia, would have stung UBS to attend and defend themselves and provide witnesses, but they didn’t,” Dr Renwick told the commission.

“They didn’t provide witnesses, and it’s only by the provision of witnesses that you can test that documents are provided and what actually happened.”

Furthermore, several senior staff at UBS Australia have since left the firm. That includes then country head Matthew Grounds and head of investment banking Guy Fowler, who has since departed to set up Barrenjoey Capital Partners.

The counsel assisting has said the commission should recommend that the $175 million amount calculated by Brattle be repaid or that the state pursue penalties. There was a recommendation that the Australian Securities and Investments Commission take action.

UBS netted an estimated $28 million (US$20 million) in fees, although sources at the time of the transaction said the bank’s total profits were in the region of $100 million (US$74 million).

Norton Rose did not disclose its fees to the commission, but UBS loan documents showed that an amount of $600,000 (US$446,000) was paid from the borrowed funds.

The Australian unit of the global law-firm had ambitions in PNG when it hired Latimer and in 2016 set up an office in Port Moresby with the hope of securing more government business. However, he left Norton Rose in January 2018.

Latimer’s family ran a plantation in PNG’s Eastern Highlands Province while he had provided legal advice to the state on numerous transactions. He along with two other Norton Rose lawyers, Steven Mo and Vittorio Casamento, were approached by the commission to give evidence.

They all declined to take part in the commission.

Moe, who has also since left Norton Rose, decline to comment. Latimer and Casamento did not respond to requests for comment. Norton Rose Fulbright Australia declined to comment.

The counsel assisting was scathing in its assessment of Norton Rose, which it said delayed the commission’s work, through stalling and poor record keeping, but also through the law firm’s own legal representatives King & Wood Mallesons.

“Despite initially indicating their willingness to assist, NRFA through KWM consistently stalled and delayed the work of this commission.”

KWM asked the commission to seek client authority to be provided for each retainer, which it did, yet still continued to withhold disclosure, and subsequently wrote to the signatories to confirm they had indeed provided the authorisation.

KWM eventually provided the relevant documents in August 2021, five months after the request was made. But the documents were provided once the final hearings had already begun, did not adhere to the commission’s document protocol and failed to include key metadata, “significantly complicating the review process..