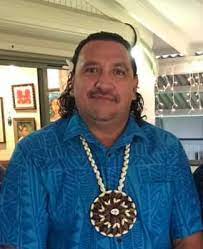 Cook Islands Prime Minister Mark Brown has announced that the seven-month suspension of Robert Tapaitau who is facing fraud related and theft charges as a Minister of the Crown has been lifted ahead of the general election later in the year.

“In light of Tapaitau’s court hearing not expected until next year 2023 and after taking advice from the Crown Law office, and after discussing this matter with Cabinet collegues, I have decided that we cannot leave someone suspended indefinitely, he needs to get back to work.

Given the presumption that a person is innocent until proven guilty, and knowing that Tapaitau will be defending his charges very vigorously in court, it is totally unreasonable to have him in sit in a state of limbo, when I can put him back to work”, said r Brown.

The Queen’s Representative, Sir Tom Marsters, acting on the advice of the Prime Minister, has revoked the suspension of Tapaiatu.

Minister Tapaitau will not be responsible for Infrastructure Cook Islands nor for National Environment Services due to conflicts with pending court cases.