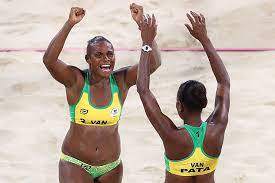 Due to the impact of COVID-19, many Pacific athletes face significant challenges in completing final training programs and attending critical qualifying events.

Particularly para-athletes who require access to classification opportunities to compete.

With support from the Australian Government’s PacificAus Sports program, Pacific athletes and para-athletes will be able to train and compete in classification and qualification events, giving them the greatest opportunity to compete in Birmingham.

CGA President Ben Houston spoke about the opportunity to inspire the Pacific through sport and the significance of developing the partnership.

“The 2022 Commonwealth Games will see over 350 athletes from the Pacific competing in Birmingham. These athletes inspire people and young athletes across the world,” Mr. Houston said.

“This partnership is not just about backing high-performance programs across the Pacific. It also sends a message of resilience to communities throughout the region.”

The President of the CGF, Dame Louise Martin said “the CGF is pleased to have the opportunity to work with the Australian Government to support our Commonwealth athletes through final preparations on their journey to the Games.”

Griffith University’s Associate Professor Clare Minahan said “Griffith University is proud to continue its leadership with the GAPS programme in supporting these athletes who have been impacted by the pandemic and this support will ensure they can qualify, train and prepare for the Games.”

‘We have changed the game globally’: Samoa stars push for more...