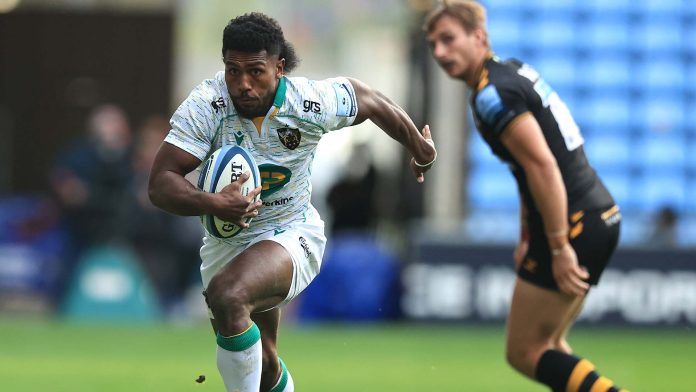 SANZAAR, Rugby Australia and the Fijian Drua have confirmed their first home game of the season against the Melbourne Rebels has been moved from Suncorp Stadium to Sunshine Coast Stadium.

The decision comes after the recent floodings in Brisbane, which saw the stadium engulfed with water.

All other details for the Round 3 fixture remain unchanged, with the match still scheduled to take place on Friday, 04 March, at 6:45pm AEST.

Fijian Drua CEO Brian Thorburn confirmed anyone who has already purchased a ticket would be offered a refund.

“Our hearts go out to everyone affected by the adverse weather conditions in parts of Queensland and northern New South Wales,” he said in a statement.

“For our Round 3 match, we’ve really had no choice but to move the game given the flooding and water levels in and around Suncorp Stadium.

“We’ve had to make an early call due to the significant logistics associated with moving a match only three days before kick-off.

“Anyone who has already purchased a ticket for the match will be offered a full refund.”

The Drua Tuesday confirmed ticket prices for the match will be priced at $20 for adults, while children under 16 to be allowed in for free. Tickets will be available from ticketek.com.au from Wednesday afternoon.

After a tough start to the season, Drua coach Mick Byrne was preparing for a physical encounter with the Rebels, with both teams hunting for their first win of the season

“We’re expecting a very physical game. The Rebels will come after us up front like all teams,” Byrne told the media on Tuesday.

“They play a physical game, the forward pack is well coached and there’s some players in there that I know a lot about that I know how hard they work – they’ll be coming in full steam ahead,” he said.

This includes 17 caps for the Flying Fijians and 25 Super Rugby appearances for the Rebels. He joins the Drua from the Northampton Saints, where he made 5 appearances in the English Premiership.

He added: . In Frank, we’re not only welcoming back a highly regarded international, we’re also welcoming back a Drua original. Frank starred for the former NRC Drua and was the NRC’s Player of the Year in 2018. He is well known to many members of our squad. We’ve started our Super Rugby Pacific journey and have a pretty intense 15-plus weeks ahead of us. The addition of Frank to our squad gives us more depth, more cover, and presents further options to the Coaching staff.”

Lomani says he is excited to join the Swire Shipping Fijian Drua and his fellow countrymen. “I really want to re-join my Fijian brothers as they embark on this historic Super Rugby Pacific journey. This is a very special campaign for our country and I’m honoured to be a part of it. This move will also help me focus my preparations for the upcoming Rugby World Cup in 2023 for the Flying Fijians.”

The 26-year-old made his international debut against Samoa in 2017 and has one Rugby World Cup (2019) under his belt. Other rep honours include the NRC Drua and the Fijian Latui, as well as the Barbarians. He represented the Rebels in the 2020 and 2021 Super Rugby seasons. Lomani will join the Drua in Australia soon.