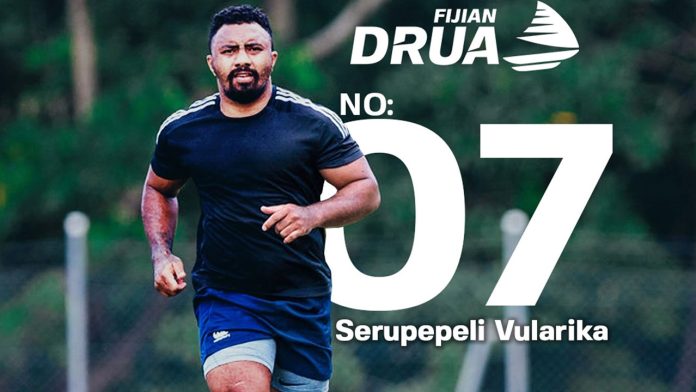 Serupepeli Vularika has been terminated from the Fijian Drua team for disciplinary reasons.

This was confirmed in a statement which states the Fijian Drua and the Fiji Rugby Union have terminated the participation of Vularika in the Club for disciplinary reasons.

The statement further states that Vularika will return to Fiji and discuss future opportunities with the Fiji Rugby Union.

Drua CEO Brian Thorburn said: “The foundation of a successful professional team are the values that underpin it. We set very high standards for our players, management and staff in this regard. All of us at the Drua are expected to live up to our values and adhere to these standards. We are disappointed to have to make this decision today regarding Seru, but it is in the best interest of our Club.”

“The Fijian Drua will not make further comments regarding the matter.”

Meanwhile, Fijian Drua players Ratu Leone Rotuisolia and Baden Kerr were injured in last weekend’s clash against the Reds and might not feature in this week’s Super Rugby match.

Head Coach Mick Byrne said both players sustained knee injuries and are being closely monitored by the medical team.

Byrne has confirmed Nemani Nagusa and Kitione Taliga are back in training, while Kalione Nasoko is still recovering from the knee injury he sustained during their trial match.

Byrne said he is meeting with the medical team to get an update and will confirm by Thursday as to which players will miss out.

“Ratu Leone Rotuisolia his knee is not good so he is probably needing a scan done there, and he is going to probably miss a few weeks. And Baden Kerr, he is probably going to need some scanning on his knee as well. Everyone else is recovering, it is early days,” he said