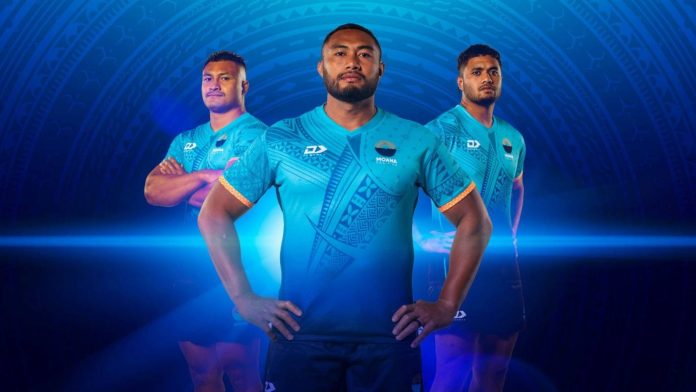 Power, flair and courage. They are three words coach Aaron Mauger hopes will become synonymous with Moana Pasifika as the new Super Rugby Pacific franchise looks to quickly make a mark on the competition.

While players were gradually revealed over the last six weeks, Monday marked another major milestone for Moana Pasifika as their first ever squad was confirmed, with former Highlanders and Crusaders outside back Tima Fainga’anuku completing the 38-man roster.

A Pacific Island franchise in Super Rugby has been a long time coming but having only been granted an unconditional licence in July, Moana Pasifika have worked around the clock to build the team from scratch.

There is, of course, still a long way to go and Mauger is relishing the opportunity to establish a long-lasting culture amongst the squad that reflects where they come from.

“I want us to be known for being us,” Mauger told Stuff.

“It’s a team like no other and we don’t want to be compared to other teams. There’s so much richness in our own history and our own narrative that we can draw inspiration from. We want that to be reflected on the field as well.

“We really hope to inject some energy into this competition.”

Finding a core group of experienced players was always a priority for Mauger and his staff, which is where the likes of former Wallabies duo Sekope Kepu and Christian Leali’ifano, and Manu Samoa internationals Jack Lam, Ray Niuia and Henry Taefu come in.

There is no shortage of athleticism right across the park, but in order to reach their full potential Mauger felt it was crucial they nail the key decision-making positions.

“We’ve got some really smart game drivers in our squad, guys who understand how to use the players and the strengths around them,” Mauger said.

“If you look at our strengths we’ve got a lot of power athletes so it’s important we understand how we can maximise that strength. I’m really happy with the balance between our smarts and our power and it’s a good indication of how we’re looking to attack our game.”

Mauger was also excited by a number of talented inexperienced players who have been waiting to grasp the chance provided by Moana Pasifika.

“All they need is an opportunity to be part of a full-time programme and what you see when these guys come through the other side of a first pre-season can be pretty special.

“We know we’ve got a couple of those in our mix, so I’m looking forward to seeing how far they progress during this pre-season.”

Mauger will have less time to work with his side over summer than initially expected due to Covid-19 disruptions, with the squad not assembling in full until 05 January.

But it’s another challenge Moana Pasifika is determined to overcome as they count down to the historic season-opener against the Brumbies at Mt Smart Stadium on 18 February.

“The goal posts have moved a couple of times in terms of assembly dates so we just make do with what we can,” Mauger said.

“We’ve got guys in Auckland who have missed out on NPC programmes who are now able to train in smaller groups. We’ve got guys who have just finished playing rugby at the weekend in the NPC finals, so it’s a real individualised approach from us.

“We’re just making sure our players have got what they need through December so they can come in and attack our pre-season when we assemble,” he said.