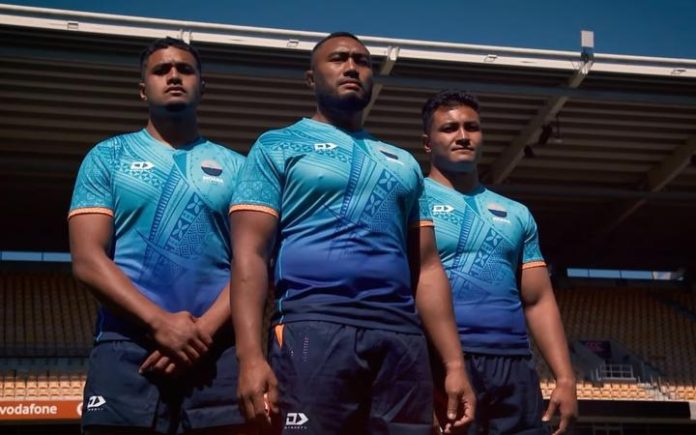 Coach Aaron Mauger has blended international experience with raw talent in the Moana Pasifika team that will make history when it meets the Crusaders in the Super Rugby Pacific match Friday night.

Moana Pasific’s long-awaited arrival into the competition will finally become reality when captain and former Wallaby Sekope Kepu leads the side on to Forsyth Barr Stadium in Dunedin.

While it’s expected to be a daunting assignment for Moana Pasifika, whose long-awaited entry had been delayed by the outbreak of Covid-19 which forced the side to miss the first two rounds, the franchise will be celebrating the chance to break new ground.

In addition to enlisting Kepu at tighthead prop, former All Blacks and Crusaders midfielder Mauger has named a handful of other internationals in his forward pack.

Manu Samoa’s Samuel Slade has been recruited at lock, instead of his usual position of flanker, to provide mobility to the boiler room and the back row will feature 11 international caps in the form of Tonga’s Solomone Funaki and Manu Samoa’s Alamanda Motunga and Henry Time-Stowers.

Ex-Crusader Ereatara Enari has been named at halfback, with Hawke’s Bay’s Lincoln McClutchie to start at first five-eighth in his first run at this level.

Former Blues representative Levi Aumua is at centre, having returned to New Zealand after three seasons in Japan.

Tima Fainga’anuku will add to his four Super Rugby caps on the wing, against the team that gave him his first Super Rugby contract. William Havili, the younger brother of All Blacks and Crusaders utility back David, is at fullback.

Mauger will be able to drag vital experience off the bench, possibly in the second half as the Crusaders attempt to squeeze them with their fitness and fire, with 35-test Manu Samoa flanker Jack Lam and 26-test Wallaby Christian Leali’ifano named in the reserves.

Among those not considered because of injury was former Warriors’ back Solomone Kata.

“This has been 26 years in the making and after recent challenges, it’s good to finally be here,” Mauger said.

“For many it will be their debut, and significantly they are getting the opportunity to take to the field and compete, when perhaps an opportunity wouldn’t be available. It will be a very special occasion for them, their families and wider Pacific community.”

Although the Crusaders, who won their opening two games against the Hurricanes and Highlanders, are expected to drill into their vast amount of experience to be comfortable winners, Mauger will aiming for the newbies to put in a respectable effort.

Keeping a lid on their emotions ahead of such a momentous occasion could also be key for Moana Pasifika.

“We have worked hard and prepared well in a short amount of time,” Mauger stated.

“To go up against the best side in the Super Rugby Pacific competition will be a good test to benchmark ourselves.”