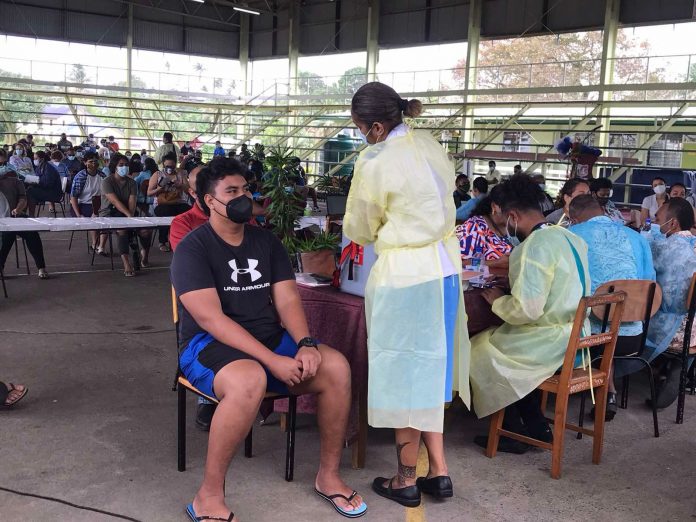 Fiji has the ability to contain a third wave of coronavirus infections.

This, according to Health Ministry permanent secretary Dr James Fong.

According to his observation, he said the behaviour pattern in Fijian communities around the country had changed.

“I do know that there are lot more believers in COVID-safe measures,” Dr Fong said.

“People have taken to heart the requirement for COVID discipline.

“What that means is that if the virus moves in Fiji, it will move much slower.

“Because it moves slower, it means we have the ability to contain it faster, that means we won’t have an overburdened health system trying to struggle with a huge load of people at one point in time.

“It means if cases were to come in, it will trickle in, and we can identify them early.”

Dr Fong said this pandemic period has given the ministry a level of wisdom on how to re-organise its health provision programne to deal with not only this epidemic but with any outburst of disease.

“There are other measures taken.

“We have something called the line listing all the emergency operation centres that will look vulnerable people to be line-listed even before they are tested positive, there has to be virtual oversight over that.

“Those who live in unvaccinated areas we will need to look at that area and then look at them being line listed and then create virtual oversight.

“The idea is those who are vulnerable will need to be seen early and moved fast but the majority of us don’t need to be moved anywhere even if they do get sick, they’ll be only a few people on our positive cases active list and they will be watched over either through virtual means or through outreach, that is one of the things that’s happened to us with COVID-19.

“It has given us a level of wisdom on how to reorganise our health provision no program to be able to deal with not only this epidemic but with any outburst of disease, and in fact it has reoriented our whole health care program to a different way,” said Dr Fong

Meanwhile, the Government is hoping that the publication of vaccination rates of all areas in Fiji will encourage people to get vaccinated, says Attorney-General and Minister for Economy Aiyaz Sayed-Khaiyum.

Prime Minister Voreqe Bainimarama had announced that the vaccination rates of all areas along the King and Queens highways and other major routes would soon be published.

He said the list would alert travellers on the areas that were safest to stop.

During a tourism talanoa panel discussion on Sunday, Sayed-Khaiyum said vaccines were made available for Fijians.

“So it is not the non-availability of vaccine that is creating a divide,” he said.

“Some countries, actually, they have a problem. Vaccines are only made available to certain people and there is actually discrimination.

“In Fiji’s case, no discrimination whatsoever, it is available to everybody.”

Sayed-Khaiyum said tourists needed to feel safe because people were health sensitive during this pandemic period and “the fact that now 80 per cent of the population is vaccinated would make us a safer destination, compared to many other destinations in the world”.

“Thirdly, the fact is they will also look at, when I do get into the country, what sort of protocols than are the protocols transparent?

“Are the protocols publicly available?

“Hopefully, the map will actually incentivise people to say, I am near the Coral Coast and we used to benefit from the tourism sector, if now there is a map that says that our location is not a safe place for tourists to stop, maybe we should get vaccinated,” he said.