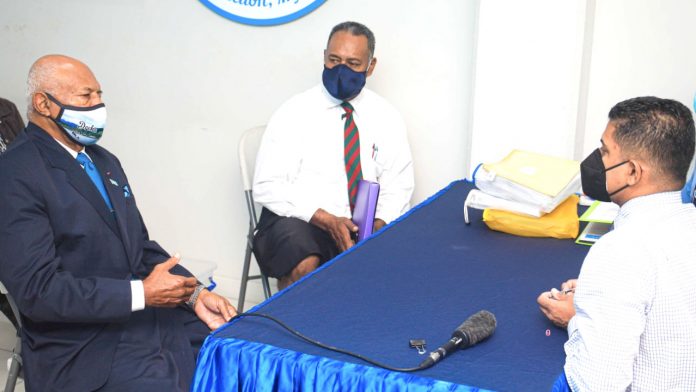 Fiji’s Registrar of Political Parties has received one objection against an application by former Prime Minister Sitiveni Rabuka for his proposed People’s Alliance party.

Registrar and Supervisor of Elections, Mohammed Saneem said this is part of the process for registering any new party.

Saneem expected to have the matter dealt with in the coming days.

“We’re in the process of verifying the application and we will be considering an objection that has been received as well as the response of the proposed party before we make any announcement. It should be done within the next few days, maybe next week.”

Rabuka lodged an application to register the proposed People’s Alliance about two weeks ago.

If registered, it is believed Rabuka could pull in a number of candidates from the Social Democratic Liberal Party, where he is still favoured by leading figures.

Meanwhile, the Fijian Elections Office will be recruiting up to 17,000 Election Officials with the first of three phases starting today.

Supervisor of Elections Mohammed Saneem said they will first target people who have already worked in the 2018 General Election.

Applicants can enter their details online so the FEO is able to update its records.

Saneem said phase two will begin in January for those who have not worked for the FEO previously.

“Appointment of staff at the FEO is based on merits and all persons who will submit their details during the first phase or apply to work for us during the second phase will undergo a merits-based assessment so that we can determine who, based on merits, will be operating the polling stations come the 2022 General Election.”

Details of the third phase will be announced once the first two are complete.

Saneem adds the FEO will determine the number of polling stations and the number of staff needed once the voter numbers are confirmed.

Salary scales for Elections Officials are similar to that of 2018.

Travel restricted from Fiji to NZ