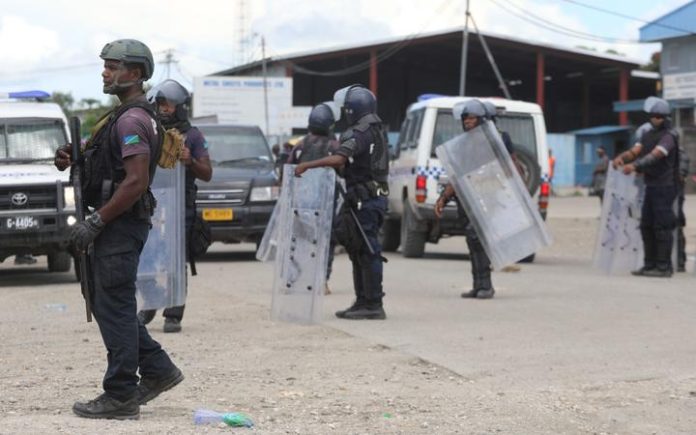 Police in Solomon Islands say they are investigating reports of an armed group threatening an armed attack on the capital Honiara.

Responding to local media reports of a group threatening to “unleash a second wave” on the already damaged city police commissioner Mostyn Mangau said investigations were already underway and that the threat is being treated as a matter of national security.

“Police will not tolerate any armed groups or criminals who are taking the opportunity to plan their crimes to threaten the sovereignty of this nation.”

Late last month political unrest descended into three days of looting and burning on the streets of the capital causing over SBD$500 million(US$62 million) worth of damage.

In the wake of the unrest a no confidence motion against the prime minister was defeated on the floor of parliament.

“Such a plan will only affect the lives of our people and essential services in our country. I am urging communities to come forward with information and evidence of any suspicious activities or movement in the communities of such illegal activities,” Mostyn Mangau said.

The commissioner said there are legal avenues available for people to voice their concerns on matters affecting their lives other than planning to commit crimes.

“We do not want to go back to our dark moments where lawlessness had crippled our beloved country, Solomon Islands.

“I call on the National leaders, community leaders and church leaders to work together with the police to make sure our communities are safe and peaceful,” Mostyn Mangau said.

The police commissioner also called on the media to balance stories before publication to avoid causing fear and panic.