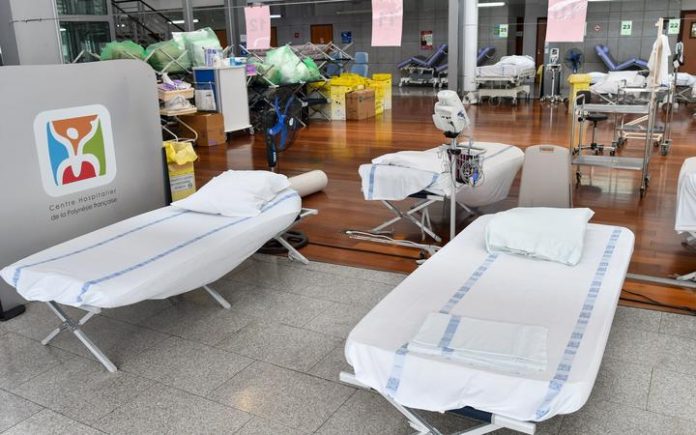 The French Polynesia government has been blasted and accused for not being proactive enough to avoid the horrors of the latest Covid-19 surge.

At least another 38 people in French Polynesia have died of Covid-19 over the weekend as pleas continue for more health professionals to be sent from France.

The official figure excludes patients who died after being cared for at home.

Officially, the pandemic has claimed 423 lives and in total, more than 40,000 people have so far contracted the virus, in a population of less than 280,000

Well-known regional activist, Maire Bopp Dupont said the French Polynesian Government has not been proactive in dealing with the Covid crisis.

She also said there is a lot of tension in the French territory, with hospitals desperate for support.

“Macron[French President] came here and made a lot of promises but at this stage, among the French territories, French Polynesia is the one most impacted and the least support.”

Dupont, who is currently teaching in Tahiti, cited the example of the chair of the Social Security agency, which covers people’s medical costs, telling doctors there were too many people receiving medical help.

“In a time of health crisis they are making that kind of call, and the government emphasizes it by bringing into their speeches ‘Oh you know – Don’t Abuse,’ people are not trying to abuse anything at the moment, they are just trying to survive,” Dupont said.

Dupont said the Government was also admonishing people for not being vaccinated rather than providing assurance for those who are hesitant to receive the vaccine.

“Saying ‘Oh you are being irresponsible not getting vaccinated – there are so many people who haven’t been vaccinated yet, you should be going, it’s so irresponsible,’ rather than comforting people and being proud of those who have overcome their fears to get vaccination,” she said.

On a positive note Dupont said the Government has recently changed its approach to vaccination access taking vaccines to the villages rather than expecting people, many without transport, to travel to hospitals.

But she said the government has had a ‘do as I say, not do as I do’ approach, and cited the example of the recent wedding of the Vice-President where, despite a government ban on big social gatherings, a large number of people attended, including most of the government.