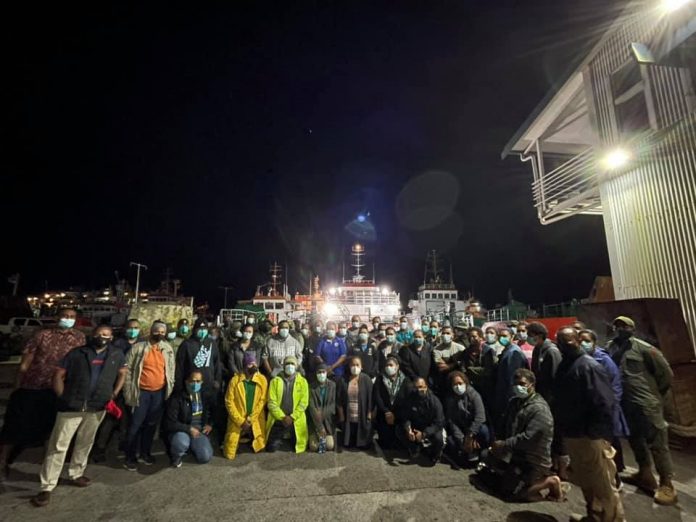 Fiji has recorded 423 new cases of COVID 19 and nine new deaths increasing the total number of cases in the island nation to 45,098 and 466 deaths since the outbreak in April.

Dr Fong said the three new cases in the North were detected in the Namara Tiri Settlement in Labasa.

“He tested positive on 24 August and subsequently two household contacts have also turned positive. His previous negative swabs on 14 July and 03 August, and 12 August were negative, suggesting recent exposure and infection.”

He said there were now 23 active cases on Malolo Island.

Dr Fong said a medical team from Lautoka had travelled to Malolo Island to assist the onsite medical team with the necessary response, including isolation of cases, contact tracing, and quarantine of contacts.

He also announced nine COVID deaths reported from 19-25 August included a 94-year-old elderly woman of Somosomo Village, on Naviti island, in the Yasawas.

He said they were now investigating how this person became infected.

“… The ministry’s response team in the West are conducting contact tracing and testing of contacts to identify more cases on the island. More information will be provided to the public as investigations progress.”

Dr Fong said of the nine deaths, one was reported in the Central division and the rest in the Western division.

There are currently 233 COVID-19 patients admitted to hospitals in Fiji.

“This means that 94.3 percent of the target population have received at least one dose and 42.9 percent are now fully vaccinated nationwide,” he said.