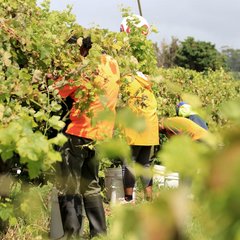 One of the Pacific’s biggest suppliers of seasonal workers to Australia, Tonga, has been blacklisted by the State of Tasmania because of COVID-19 rules, despite the country not having a single coronavirus case.

Siona Vaka, who is Tonga’s Seasonal Worker Liaison Officer, said they became aware of the problem when Australian companies were told they could no longer bring in workers from the Pacific island country.

“They were told they will not be able to recruit from Tonga because it’s considered as a red zone,” he said.

Tonga is the second largest supplier of Pacific seasonal workers to Australia and sent over 300 to Tasmania last summer.

Although Tonga is COVID-19 free the Commonwealth Health Department re-classified the country as a red zone in March, after it was assessed on its COVID-19 preparedness.

“It’s the decision of the Tasmanian government that they will not allow in any red status COVID-19 countries for international workers,” he added.

Dr Richard Curtain of the Australian National University, who is an expert in Pacific labour mobility, said Tasmania’s stance showed the ad hoc nature of how decisions are being made during the pandemic.

But the state’s health department has defended its position telling the ABC that “Tasmania uses international, national and local information and public health advice to provide a basis for border restrictions that protect the Tasmanian population.

Vaka said Tasmania’s stance is a blow because workers bound for Victoria also quarantine on the island, and he has sought the help of Australia’s Foreign Affairs Department to overturn the ban.

“We have submitted a position letter to the government of Tasmania through DFAT, and we are just waiting for them to respond and see if there are requirements that Tonga needs to meet in order to lift the ban,” he said.

Cornish from the Fruit Growers Association said they’ve had talks, and state officials are drawing up a paper to discuss the red status of Pacific countries.

But for Vaka time is running out, with employers already starting to recruit workers for Tasmania’s summer harvest.