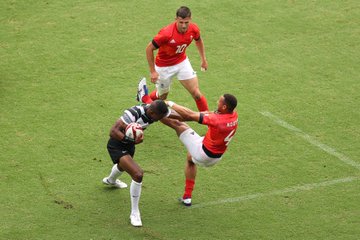 Tuivuaka grabbed a second while Aminiasi Tuimaba scored a try as well to secure their third win in as many matches.

Great Britain managed a try in the second spell.

Fiji will feature in the fourth quarterfinal at 10pm tonight after finishing top of Group B.

They will face the best third place qualifier.