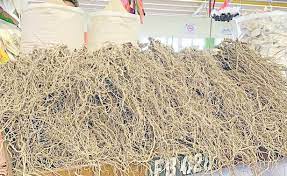 Pacific Trade Invest Australia commissioner Caleb Jarvis said the unofficial word is that this commercial pilot of kava will commence in January 2022.

Jarvis while speaking during the economic recovery workshop said the quality of kava will be a big issue when commercial export of kava from regional countries begins early next year.

He said when the export of kava begins early next year there will be a big push from buyers for kava to be produced and packed in a hazard analysis critical control point.

“We have been having a consultation with our government on kava. The unofficial word is that this commercial pilot of kava will commence in January 2022,” he said.

“If export begins early next year there will be some sort of monitoring and controls around the kava to ensure its qualities remain.

“They will have to be commercial entities that, that are licenced to export from country and licenced importers and distributors as well.

“There will be big pushes from buyers for kava to be produced and packed in a hazard analysis critical control point,” he said.

He said ministers have an opportunity during the forum economic ministers meeting to put pressure on the Australian government for kava export to start as soon as possible.

“This is a great opportunity for our members across the Pacific to put pressure on Australia. The Office of Drug Control is delaying things,” he said.

“We accept that but why do we have to wait to January to do this, let’s get the ball rolling, there need to be some round tables, more consultation.

“Let’s use these upcoming meetings as an opportunity to push particularly the Australian government to fast track what I already believe that they’re committed to doing.

“The Australian government had allocated funding towards it in the last budget. The COVID19 pandemic is delaying the work but we can fast track all,” he said.