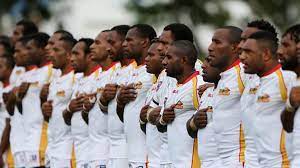 Three new faces joined the Norths Devils as the team recorded another win, this time a 38-22 win over PNG Hunters at Bishop Park.

The three men have different stories to tell, but they joined seamlessly into a comprehensive Devils team performance that lifted their win-loss record to 9-1.

Bernard Gregorius and Auzzie Tuwhangai made their debuts in the centres, with Gregorius scoring the sweetest of tries in the 70th minute.

He suffered a serious knee injury in his first week of training and, with COVID-19 ruining last year, the 30-year-old had to wait until today to make his debut.

Tuwhangai – christened Auzzie because he was the first of his family born in Australia – made his Cup debut after also patiently waiting for his chance to join the Devils’ famous list of players, which now tops 1300.

And then there was Tyrone Roberts, who sparked a Devils try with his first touch of the ball off the bench when he kicked for Jon Reuben as the winger scored his 99th Intrust Super Cup try.

This was a significant step in the career of Roberts, who played the last of his 156 NRL games last year before struggling to overcome Achilles and back problems.

“I really wasn’t sure if I wanted to play again with injury and COVID,” Roberts said.

“I wasn’t in the best place, but I spoke to (Devils coach Rohan Smith) and he told me the Devils would be there if I wanted to play again.

“When I decided to play again, he said ‘come and have some fun’ and he kept his word. That was good fun today.”

The Devils were having plenty of fun early as Tony Tumusa scored the first of his two tries in the fifth minute off a fine pass from Gregorius, who was also prominent in skipper Jack Ahearn’s try three minutes later.

But the Hunters weren’t about to surrender and showed the trademark fight that will have them among the serious finals contenders if they can make a surge in the second half of the season.

Solo Wane rang the length of the field in the 11th minute after latching on to a pass in the in-goal from Brandon Nima.

When forward Jordan Riki was sin-binned in the 33rd minute, the Hunters put two quick tries on the Devils to go to halftime trailing 20-16.

The scoreline stayed that way until the Devils kicked open the gates in the 58th minute when hooker Danny Levi, again causing serious problems for the opposition, found forward Piki Rogers for a try.

Roberts’ kick for Reuben followed six minutes later, but the hope that the popular winger could nail his 100th try – in record-breaking time – was put on hold as Gregorius and then Tumusa, running on to a Levi pass, put the game out of Hunters’ reach.

Both teams gathered in a huddle on the field after the match as the Devils thanked the Hunters for the sacrifices they had made this year in leaving their homeland to base themselves on the Gold Coast.

The heartfelt moment capped on an entertaining game that was well supported by fans of both teams.

The Devils will host the Northern Pride next Saturday before the mid-season bye.

The Hunters take on Burleigh Bears at CBUS Stadium on Sunday.