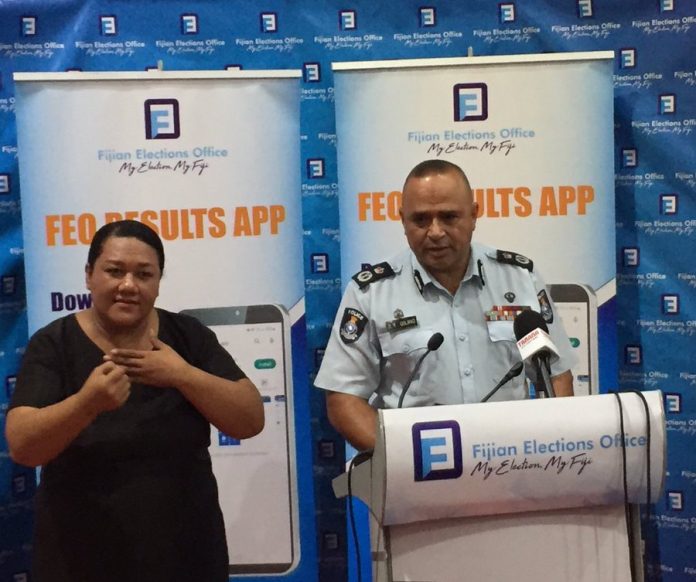 More than 1000 additional Fiji police officers have been deployed around country for the 2022 General Election.

He has also reminded members of the public when leaving home for their polling stations to be mindful of the security of their homes.

“We are happy with the operations that we are currently undertaking with the Fiji Elections Office.”

As at midday today, the Fijian Elections Office confirmed that over 27 percent of the country’s registered voters turned up to the polling centres. FEO will provide another polling update at 5pm today, an hour before election closes.

At 1pm this afternoon, FijiFirst Party Leader Voreqe Bainimarama cast his vote at the Yat Sen School in Flagstaff, Suva – a new election venue after his original voting centre, Vatuwaqa Primary School was partially burnt down earlier this week. 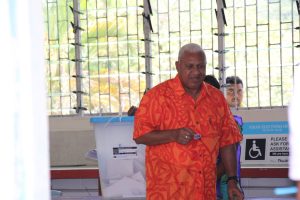 Meanwhile, members of the Multi-National Observer Group (MOG) will be present at hundreds of polling stations around the country to observe Fijians who will cast their vote.

Some of the MOG observers will also be present at the counting and tallying of votes when polling ends at 6pm.

Multi-National Observer Group Co-Chair, Rebecca Sharkie who was present at the launching of the poll at Suva Grammar School with a few other observers says it is a privilege to be part of this event.

She said they will be observing the electoral process around the clock.

“Now our observers play an important role in supporting a transparent and credible election. Observers have been on the ground in Fiji observing every step of this election since the issuance of the Writ on the 31st of October this year.”

She said pre-election they’ve been collecting information from a wide range of stakeholders.
The government of Fiji invited Australia, Indonesia and India to co-lead the group for this election, similar to the arrangements made in 2014 and 2018 General Elections.

The MOG is comprised of over 90 accredited observers from 16 countries and two international organisations.