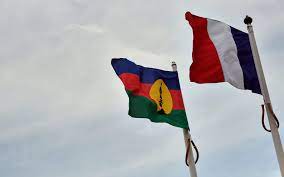 A legal challenge aimed to annul the result of last December’s referendum on New Caledonia’s independence from France has failed.

The highest administrative court in Paris rejected a claim by the Kanak customary Senate that the impact of the Covid-19 pandemic was such that the referendum outcome was illegitimate.

More than 96 percent voted against independence in the third and last referendum under the Noumea Accord, but more than 56 percent of voters abstained.

The pro-independence parties had called for a boycott of the referendum after France had rejected pleas for the vote to be postponed until this year.

When the first community outbreak was recorded in September, a lockdown was imposed, which was extended into October, as thousands contracted the virus and hundreds needed hospital care.

The court in Paris found that the epidemiological situation improved in October and November and that by the time of the referendum on 12 December, more than 77 percent of the population was vaccinated.

It also said the year-long mourning declared by the Kanak customary Senate in September was not such as to affect the sincerity of the vote.

The court added that neither constitutional provisions nor the organic law make the validity of the vote conditional on a minimum turnout.

In the week before the referendum, 146 voters and three organisations filed an urgent submission to the same court, seeking to postpone the vote.

They said given the impact of the pandemic, it was unthinkable to proceed with such an important plebiscite.

They said because of the lockdown, campaigning had been unduly hampered as basic freedoms impinged.

However, the court rejected the challenge and voting went ahead as intended by the French government.

Rejecting the referendum outcome, the pro-independence side said apart from court action, it would seek to win the support for its position from the Pacific Islands Forum and the United Nations.

A pro-independence delegate to last month’s UN decolonisation meeting said French president Emmanuel Macron declared after the referendum that New Caledonia showed it wanted to stay French although it was known that 90 percent of Kanaks wanted independence.

The French Senate is hearing experts this week as its law commission prepares work on a new statute for New Caledonia following last year’s rejection of independence.

The commission, which is chaired by Francois-Noel Buffet, has also formed a team that will travel to New Caledonia in two weeks for talks with all stakeholders.

The team is expected to stay for a week and complete its work by the end of July.

In December, more than 96 percent voted against independence in the third and last referendum under the Noumea Accord, which had been the decolonisation roadmap since 1998.

However, the pro-independence parties refuse to recognise the result, saying their abstention had rendered the outcome of the process illegitimate.

Paris plans to hold a referendum next June on a new statute for a New Caledonia within the French republic.

Buffet said his mission to Noumea is to consider the institutional situation by consolidating the dialogue initiated by the Matignon and Noumea Accords between France and New Caledonia.

A key issue will be the fate of the electoral rolls.

The Noumea Accord, whose provisions have been enshrined in the French constitution, restricts voting rights to indigenous people and long-term residents.

Migration this century has added about 40,000 French citizens who remain excluded from referendums and from provincial elections.

The anti-independence parties want the rolls to be unfrozen, but the pro-independence side is strongly opposed to this.

It told the UN decolonisation committee that France’s intention to open the electoral rolls to French people who arrived after 1998 was the ultimate weapon to drown the Kanak people and recolonise New Caledonia.

It warned the Kanaks would be made to disappear, which wouldn’t be accepted but inevitably lead to conflict.