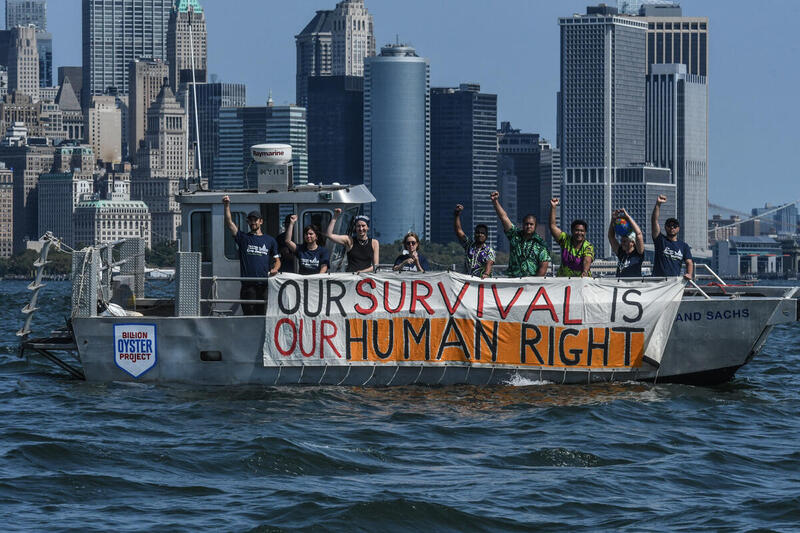 Thursday’s release of the question to be voted on at the UN General Assembly as part of the bid for an International Court of Justice (ICJ) advisory opinion on climate change and human rights represents strides forward for climate justice that all nations must now get behind, a group of youth activists and civil society organisations said.

A group of countries – including Bangladesh, Morocco, Costa Rica, New Zealand, and Portugal – joined Vanuatu in finalising the question text, which will now be debated and put to a vote at the UN General Assembly in the coming months.

The question meets the promise of the long-running campaign which began in a university classroom in the Pacific. By acknowledging the past, present, and future responsibility of states; inextricably linking human rights and climate change; and enshrining intergenerational equity, the text offers a route to accelerate the course of climate justice.

The question asks the court to determine the obligations countries owe under international law to protect the environment, and to consider the legal consequences for states that have caused significant harm to the climate with respect to the impacts on both vulnerable states and current and future generations.

Cynthia Hou, President of the Pacific Islands Students Fighting Climate Change, said: “A campaign which began in a classroom in the Pacific has now truly arrived on the world stage. We started this journey to help save the lives, livelihoods, and ways of life of current and future generations. Along the way, we have found many others who not only share or acknowledge our experience but know that this bid is the answer.

“The question text reflects the calls from young people around the world. It marks an important step on our voyage. But more importantly, it comes as a result of developed and developing nations working together to help protect the world’s most vulnerable, for all of humanity, and our collective future.

“Young people around the world and here in the Pacific where this idea was born are calling on all nations to get behind the fundamental principles of this question, champion it, and vote yes for it at the UN General Assembly.”

“In the wake of COP27, which failed to see improved commitments to phase out fossil fuels or sufficient measures to keep the critical 1.5°C target within reach, this question has major implications for catalysing greater ambition, leadership, and action to address the root causes of climate change.

“This historic campaign has already come so far and has come to represent so many. If we are to achieve climate justice, we must amplify and enact the demands of those most impacted by the climate emergency, and governments from across the globe must make a courageous decision driven by those demands and commit to referring this issue to the International Court of Justice.”

Margaretha Wewerinke-Singh, Attorney for Blue Ocean Law (who are advising the Vanuatu Government) said: “The draft resolution is carefully crafted by a diverse legal team including some of the world’s finest international lawyers. It reflects not only extensive input from the cross-regional core group of states, but also the aspirations of the youth movement who have highlighted the importance of human rights and intergenerational equity in responding to climate change. We are thrilled that the resolution is now being tabled and look forward to the next stages of this historic initiative.”

Pressure is now mounting on nations to support the key themes of the question, vote yes for the resolution at the UN General Assembly, and ensure they are on the right side of history. The campaign has already been endorsed in-principle by the 79 members of the Organisation of the African, Caribbean and Pacific States (OACPS), and the 18 members of the Pacific Island Forum (PIF). A majority of UN member nations is required to refer the question to the ICJ.