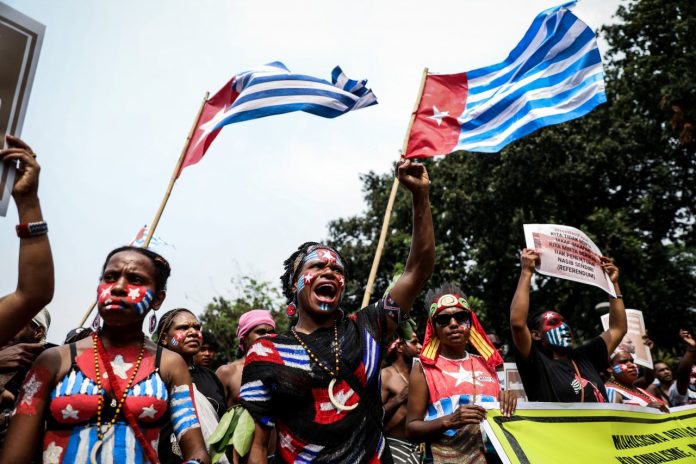 He said this when raising a series of questions to Foreign Affairs Minister Soroi Eoe in recognition of the West Papuan declaration of Independence on 01 December, 1961.

“Hiding under a policy of ‘Friends to All, Enemy to None’ might be ok for rest of the world but it is a total capitulation to Indonesian aggression and illegal occupation. It is more a policy of seeing no evil, speaking no evil and to say no evil against the evils of Indonesia,” he said.

“Do we plan to raise the matter in the Melanesian Spearhead Group (MSG) and if so, when?

“What have we done or plan to do to apply pressure on Indonesia to allow the UN Human Rights Rapporteurs to visit the territory to inquire into the specific human rights complaints and the general human rights conditions in west Papua consistent with the Resolution of the Pacific Islands Forum in 2019.

“What steps are we doing to assist the ACP Countries escalate the resolution adopted in Nairobi Kenya on West Papua to the United Nations?

“Considering that PNG is a key member of MSG and MSG has recognised the United Liberation Movement for West Papua (ULMWP) as an observer Member of the MSG, what plans do we have to provide support to the ULMWP?

“Can we allocate them funds from our budget or space here in PNG to step up an office capacity to pursue their right to self-determination.

“Imagine if in 1974 when we had declared self-government and Indonesia invaded and no-one came to our assistance.

Imagine in 1980 when the French manipulated Jimmy Steven’s to stop the independence of Vanuatu and imagine if Sir Julius Chan and government then did not send the Kumul Force to Espiritu Santo.

“When are we going to have the courage to speak the truth on what is happening on our ancestral land to the West?

“We continue to live in silence and fear. How long are we going to allow fear to dictate our decisions and actions and do what is morally and ethically correct? Why are we afraid of Indonesia?”

Marape said while these were matters of sovereignty and the Governor had every right to ask the questions, he should get straight to the questions instead of making political statements that bordered on government policy.

Eoe said he would make a detailed response on the government policy on the West Papua issue after discussion with Cabinet.