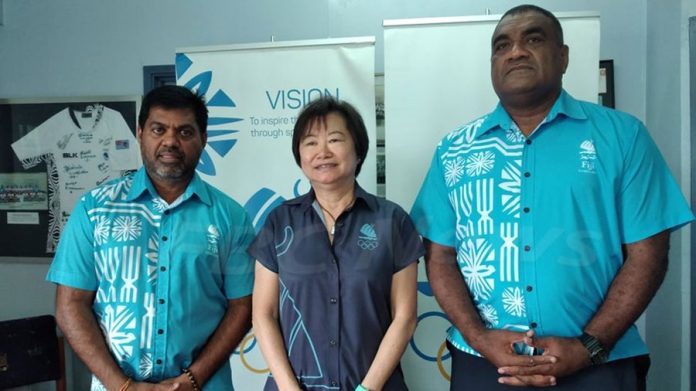 He moved into sports governance and was Chef de Mission for Fiji at the 2017 Asian Indoor and Martial Arts Games in Ashgabat in Turkmenistan.

Sorovaki is currently the operations manager for Fiji Rugby Union, while he was head coach of the sevens team which took part at the 2014 Summer Youth Olympic Games in Nanjing.

At the 2011 Pacific Games in Noumea, Sorovaki was section manager for rugby sevens.

The centre played club rugby in New Zealand for Wellington and Manawatu, and also spent four years in Japan with Kintetsu Railway.

“I have a good sense of working with people and trying to connect with them regardless of what sport they represent,” Sorovaki said.

“I’d like to bring out the best from athletes and challenge them to be their best versions.”

The country will place big focus on rugby sevens in Birmingham, with the men due to enter as the back-to-back and reigning Olympic champions.

Despite this success, they have never won the Commonwealth Games title where they have claimed three silver medals.

Elsewhere, Ajay Ballu has been named as Chef de Mission for the 2022 Pacific Mini Games in Saipan in the Northern Mariana Islands.

He competed as an archer at the 2003 and 2007 Pacific Games, before moving to governance roles.

Ballu was general manager at the 2018 Commonwealth Games in Gold Coast, and at the 2019 Pacific Games in Samoa.