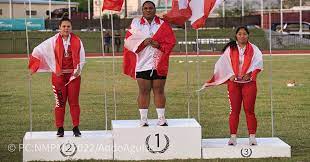 Tonga has won one gold medal and one bronze at the Pacific Mini Games 2022 currently being held in Saipan, Northern Marianas.

A bronze medal was won by the tennis team.

At the 2019 Pacific Games in Samoa, ‘Atamaama won a gold medal for Tonga with a near-record-breaking performance, also in the shot put event.

TASANOC said today, that Team Tonga has 12 athletes competing at the Mini Games. They are accompanied by officials led by Chef de Mission, Hiko Fungavaka.

Earlier this month, the team departed Tonga and competed at an Oceania competition in Australia before heading to Saipan.

The Pacific Mini Games is held from 17-25 June.