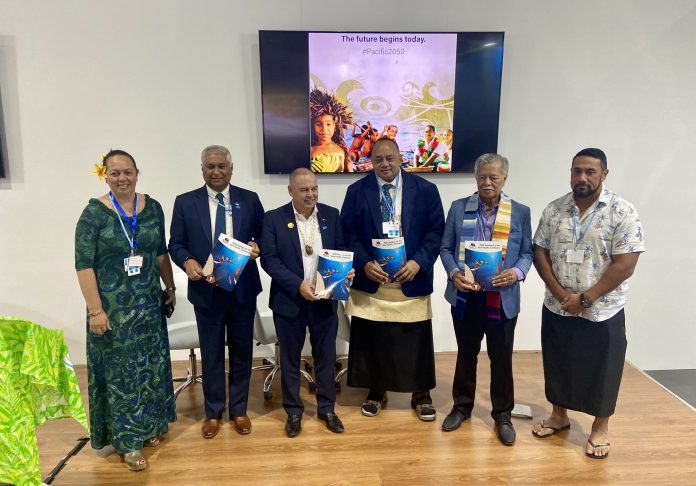 Two days into the climate talks and Pacific Island countries have already been strong-armed into taking the short end of stick.

While the inclusion of loss and damage for developing countries on the agenda for COP27 has been labelled a momentum shift, the reality for compensation and liability funding for vulnerable islands will not be realised in this meeting.

Moresi said the Pacific states argued for the inclusion of compensation or liability as a sub-item on the agenda, but after hours of negotiation the argument fell short.

“They won and a note has been made stating the outcomes of this agenda item are based on cooperation and facilitation and ‘do not involve liability or compensation’,” explained Moresi.

Fiji’s special advisor on Climate Change and Loss and Damage, Daniel Lund, said “there is a latency of ambition that is hitting the poorest the hardest”.

When asked if there were any compromises to get loss and damge onto the agenda, Lund said “we’ve been compromising for three decades”.

Moresi said while some people may view the wording as a cop-out, the Pacific saw this as a doorway to hope.

“The UNFCCC (United Nations Framework Convention on Climate Change) process and negotiations is one elements of addressing loss and damage but it leaves us other options outside of this process.”

If the closed door negotiations will not budge, there are other legal measures that can be pursued.

The Vanuatu government has launched a global campaign to seek a climate change advisory opinion from the International Court of Justice (ICJ).

Vanuatu said current levels of action and support for vulnerable developing countries are insufficient and it wanted the ICJ to clarify the responsibilities for climate change under international law.

Although not binding, a climate change ICJ advisory opinion would add great legal weight to the increasing amount of climate litigation happening globally.

The solution and problem may as well be in the details.

While the Pacific states have not been able to bring compensation and liability to the negotiating table – other wins were made.

Moresi said a timeline for action had been negotiatied by the Pacific representative.

“The hindrance we have found is that there is another COP next year, so there’s a tendency to kick the can down the road. But, on the matter of wording, we’ve pushed to include a timeline stating that a decision should be made by 2024.”

New Zealand has earmarked $20 million (US$11.9 million) in funding for loss and damage, putting it among a handful of mainly European countries to set aside cash specifically.